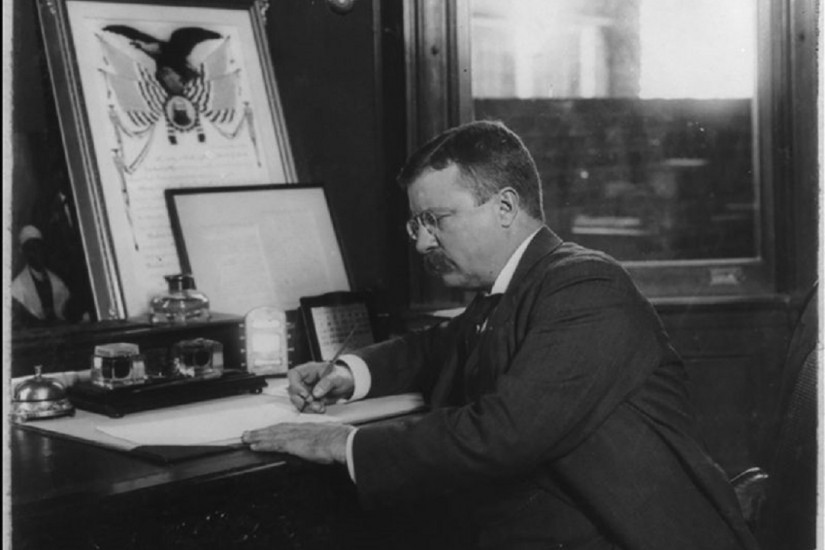 In the twilight of his political career, Theodore Roosevelt took his legacy into his own hands. If any Americans had doubts as to whether the former president regretted decisions made in office, Roosevelt was quick to set the record straight in his autobiography, published in 1913: it had been his duty to use as much power as was available to him to do whatever the nation demanded, unless such action was forbidden by the Constitution. “There was a great clamor that I was usurping legislative power… I did not usurp power, but I did greatly broaden the use of executive power,” Roosevelt wrote.

Over the course of his eight years in office, Roosevelt issued more than 1,000 executive orders, nearly 10 times as many as his predecessor, William McKinley. While many of the orders were clerical or relatively insignificant—such as exempting a civil service employee from mandatory age-based retirement—others had a profound impact on the country. Roosevelt’s special focus was conservation. During his time in office, he quadrupled the amount of protected land (from 42 million acres to 172 million), created 150 new national forests, 18 national monuments, five national parks and 51 wildlife refuges—often with the assistance of executive orders.

“[Roosevelt] was the first president who asserted a broad scope of inherent presidential authority,” says Kenneth Mayer, professor of political science at the University of Madison-Wisconsin and the author of With the Stroke of a Pen: Executive Orders and Presidential Power. “His view was ‘Unless I can’t, I will,’ while Taft’s [Roosevelt’s successor] was ‘Unless I can, I can’t.’”

Ultimately, it was Roosevelt’s strategy that won out, and his legacy has continued to shape how presidents exert power over the nation.