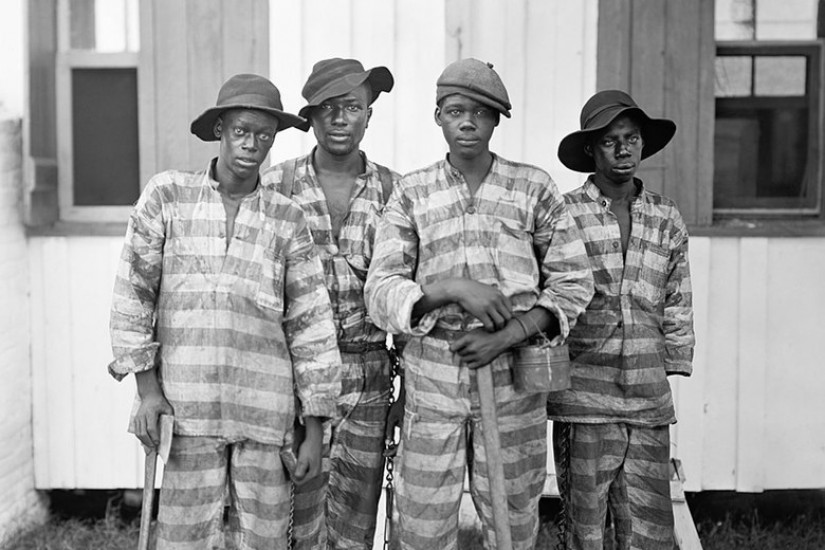 A few years after the Civil War ended, Samuel Lawrence James bought a plantation on a sleepy bend of the Mississippi River in Louisiana’s West Feliciana Parish. It was known as Angola, named for the country of origin of many of the people who were once enslaved there. Before the war, it produced 3,100 bales of cotton a year, an amount few Southern plantations could rival. For most planters, those days seemed to be over. Without slaves, it was impossible to reach those levels of production.

But James was optimistic. Slavery may have been gone, but something like it was already beginning to come back in other states. While antebellum convicts were mostly white, 7 out of 10 prisoners were now black. In Mississippi, “Cotton King” Edmund Richardson convinced the state to lease him its convicts. He wanted to rebuild the cotton empire he’d lost during the war, and, with its penitentiary burned to ashes, the state needed somewhere to send its prisoners. The state agreed to pay him $18,000 per year for their maintenance, and he could keep the profits derived from their labor. With the help of convict labor, he would become the most powerful cotton planter in the world, producing more than 12,000 bales on 50 plantations per year. Georgia, whose penitentiary had been destroyed by Gen. Sherman, was leasing its convicts to a railroad builder. Alabama had leased its convicts to a dummy firm that sublet them for forced labor in mines and railroad-construction camps throughout the state.

There was no reason Louisiana couldn’t take the same path. Black Americans were flooding the penitentiary system, mostly on larceny convictions. In 1868, the state had appropriated three times as much money to run the penitentiary as it had the previous year. It was the perfect time to make a deal, but someone beat James to it. A company called Huger and Jones won a lease for all of the state prisoners. Barely had the ink dried on the contract before James bought them out for a staggering $100,000. James worked out a 21?year lease with the state, in which he would pay $5,000 the first year, $6,000 the second, and so on up to $25,000 for the 21st year in exchange for the use of all Louisiana convicts. All profits earned would be his. He immediately purchased hundreds of thousands of dollars of machinery to turn the state penitentiary into a three?story factory. One newspaper called it “the heaviest lot of machinery ever brought in the state.” The prison became capable of producing 10,000 yards of cotton cloth, 350 molasses barrels, and 50,000 bricks per day. It would also produce 6,000 pairs of shoes per week with the “most complete shoe machinery ever set up south of Ohio.” The factory was so large that the Daily Advocate argued it would stimulate Louisiana’s economy by increasing demand for cotton, wool, lumber, and other raw materials.