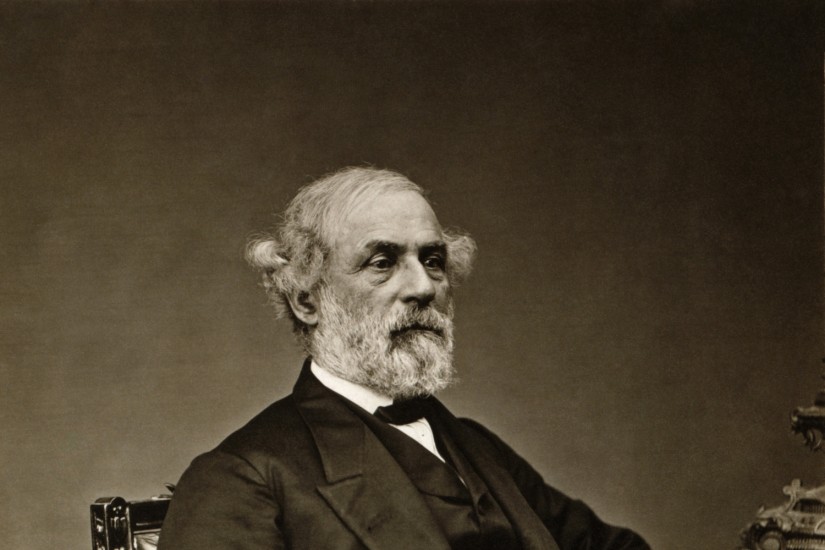 On a Sunday morning in 2017 I took down his picture, and by afternoon it was in the alley with other rubbish awaiting transport to the local landfill for final burial. Hardly a hero’s end.

The painting had no monetary value; it was really just a print of an original overlaid with brushstrokes to appear authentic. But 40 years earlier it had been a gift from a young Army wife to her lieutenant husband when the $25 price (framed) required juggling other needs in our budget.

The dignified likeness of General Robert E. Lee in his Confederate Army uniform had been a prized possession of mine. I’d grown up not far from the Custis-Lee Mansion, and at West Point, Lee, the near-perfect cadet, Mexican War hero, academy superintendent, and, finally, the commander of the Confederacy’s Army of Northern Virginia, cast a long, ever-present shadow. Later, in Army quarters from Fort Benning, Georgia, to Fort Lewis, Washington, the painting reflected my fascination with leadership, and it spoke of duty and selfless service.

Although it was a portrait of a man, to many it evoked wider ideas and emotions. For like an object bathed in the light of the setting sun, Robert E. Lee’s shadow took on exaggerated size and grew steadily as America’s Civil War retreated ever further into the softer glow of history.

A mythology grew around Lee and the cause he served. For many, Lee’s qualities and accomplishments, already impressive, gained godlike proportions. This was the Lee I first came to know: a leader whose flaws and failures were sanded off, the very human figure recast as a two-dimensional hero whose shadow had eclipsed the man from whom it came.

But as time passed, the myth was reexamined. The darker side of Lee’s legacy, and the picture in my office, now communicated ideas about race and equality with which I sought no association. Down it came.