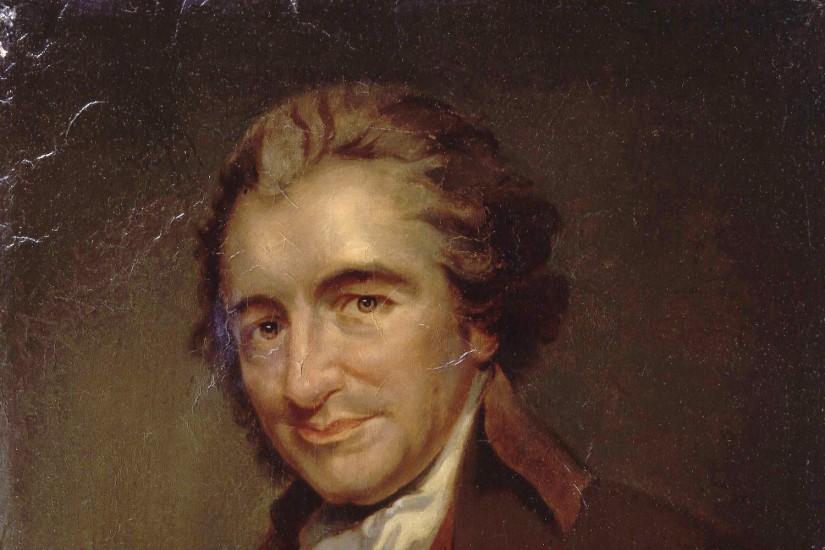 An 1876 portrait of Thomas Paine, based on a 1792 original.
Wikimedia Commons

As a phalanx of new war memorials rise in Washington, D.C., over the next few years, including long overdue recognition of Native American and African American veterans, the American Revolution's foremost patriot still remains locked out of our nation's capital.

Amazingly, there is still no statue or memorial in Washington to Thomas Paine, the immigrant writer and soldier who not only first inscribed the "United States of America" in print on June 29, 1776, but galvanized the American Revolution in one of the darkest times in our nation's history with his writings.

“Without the pen of the author of Common Sense,” founding father John Adams begrudgingly admitted, “the sword of (George) Washington would have been raised in vain.” Adams added later to Thomas Jefferson, “history is to ascribe the American Revolution to Thomas Paine."

It's time for our nation's capital to ascribe this fact in stone. In fact, never have we needed Paine's vision of defending a fledgling American democracy more than now.

While numerous statues of treasonous Confederate leaders still stare down bystanders in the U.S. Capitol, Paine's enduring challenge to our nation to resist duplicitous authority, uphold inalienable freedoms of speech and the press, recognize our country as a sanctuary for refugees, and "reinvent" the world in our own times, remains as vital as in his own Revolutionary times.

By finally correcting Paine's erasure from the historical record, largely due to competing interests in the aftermath of the American Revolution and his subsequent writings on religion, we can begin to reconstruct a fuller picture of history for others left out of its official rendition. A monument to Paine, in effect, would be an act of reclaiming the commons for "we the people," recognizing the need for multiple viewpoints of history, especially in times when our nation—and its leaders—need to be held accountable for the unfulfilled challenges of the American Revolution for all Americans.

"Petition and resistance," Paine explained to his readers in the aftermath of the American Revolution. “It left to the Americans no other modes of redress than those which are left to people under despotic governments.”   In an attempt to forge an American unity, Paine upended a colonial malaise with his writings—first Common Sense, then a series of “Crisis” pamphlets. Urged by fellow Patriots in Philadelphia to draw up a response to the times, mindful of its treasonous risks, Paine began to write Common Sense with the fervency of a true believer. “I offer nothing more than simple facts, plain arguments, and common sense,” he declared in the first lines of his unsigned pamphlet, which rolled from the printer’s shop on Jan. 10, 1776.

…
View on The Hill
View Connections