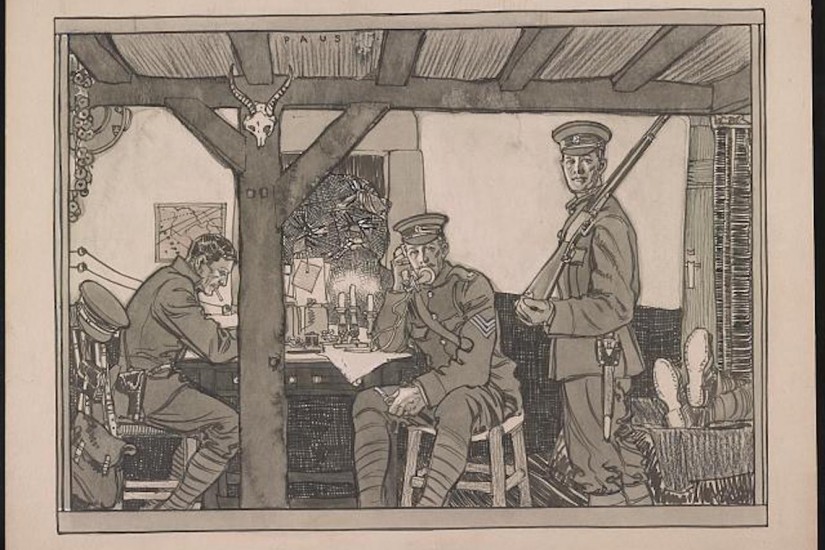 Purely in monetary terms, the Great War cost its participants a mind-numbing $208 billion; the British empire, which had been the world’s economic and financial colossus since the 18th century, had only four weeks’ worth of gold in reserve at the war’s end, and at the armistice was actually in debt to the United States. The Versailles Treaty made matters worse, not only by imposing impossible schedules of reparations but also, through division of the old empires of Central Europe into new nation-states, by creating 4,000 miles of new national trade boundaries. But the United States staggered under the war’s costs, too. For Americans alone, the bill amounted to $32 billion, at a time when the last pre-war federal budget had been only $725 million. As late as 1970, pension costs related to First World War veterans amounted to nearly $2 billion a year; and even though the last American veteran of the Great War died in 2011, the government still paid $16.1 million in survivors’ benefits in 2014.

But the most profound transformation wrought in America by the Great War was in the nature of government itself. Woodrow Wilson came to the presidency in 1913 as the prince of the Progressives, and he at once began to assemble the scaffolding of a new administrative state through the Federal Reserve Act. His efforts were aided by constitutional amendments to secure the levy of a national income tax, to institute the popular election of U.S. senators, and to impose a national prohibition on alcohol. Entrance into the Great War widened the scope of administrative control, justifying the creation of a Fuel Administration, a Food Administration, a War Labor Policies Board, a War Industries Board, and a Shipping Board, which created an Emergency Fleet Corporation to build dry docks and piers, commandeer privately owned vessels, and even seize enemy ships. That control reached even into the schools: In Philadelphia, the School Mobilization Committee organized 1,300 public and parochial schoolboys as farm workers. The war, complained Randolph Bourne, licensed the Progressive state to become “what in peacetime it has vainly struggled to become — the inexorable arbiter and determinant of men’s businesses and attitudes and opinions.”

The armistice and the debacle of the League of Nations stemmed the onrush of Wilsonian Progressivism but only until a new crisis loomed in the Great Depression, when the Wilsonian banner was taken up again by Franklin Delano Roosevelt. FDR had served in Wilson’s cabinet during the Great War, and his response to the crisis of the Depression was to treat “the task as we would treat the emergency of war.” The administrative state has marched to that beat ever since.
…
View on National Review
View Connections