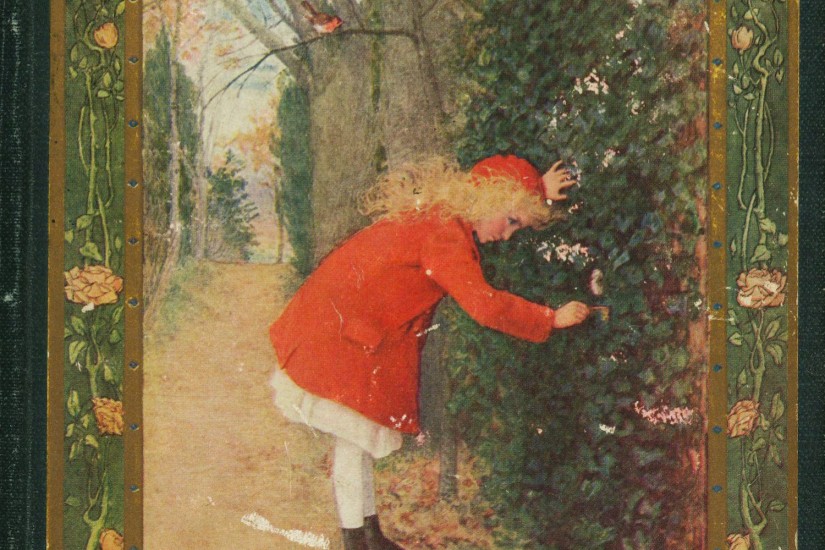 Cover of the first edition of Burnett's novel, "The Secret Garden," published in 1911.
Wikimedia Commons

“With regard to The Secret Garden,” Frances Hodgson Burnett wrote to her English publisher in October 1910, “do you realize that it is not a novel, but a childs [sic] story though it is gravely beginning life as an important illustrated serial in a magazine for adults. . . . It is an innocent thriller of a story to which grown ups listen spell bound to my keen delight.” The “thriller of a story” made its first appearance that fall in The American Magazine, but appeared as an actual book a year later.

Now, as the novel is celebrated during its centennial year, it’s fascinating to go back and see the modest beginning of a book that is repeatedly cited as one of the most influential and beloved children’s books of all time. Yet Burnett would be astonished today to learn that she is known primarily as a writer for children, when the majority of her fifty-three novels and thirteen produced plays were for adults.

When Burnett sat down to write the story of an orphaned girl sent from India to the Yorkshire moors, where she helps herself and others find redemption and health by reviving a forgotten garden, she composed it not in the north of England but in her new home on Long Island. Born in 1849 and raised in Manchester, England into a middle class family, she moved as a teenager to Tennessee when her widowed mother decided they should emigrate at the end of the Civil War. Although they were poor, Burnett was delighted at giving up the grit and smoke of a factory city for the stunning landscapes of eastern Tennessee. In America she soon began to publish her romantic stories in some of the most popular magazines, eventually becoming hugely famous when she published her sixth novel, Little Lord Fauntleroy, in 1886. From the first her work had never been turned down by any publisher, but with Fauntleroy she became, and remained, the highest paid woman writer of her time, churning out books and stories with great regularity. Despite the enormous success of Fauntleroy, and later of A Little Princess, most of her novels and plays were not for a juvenile audience.

By this time a married mother of two living in Washington, DC, she capitalized on her English background in most of her work. Over the years, England remained an active and important part of her life.