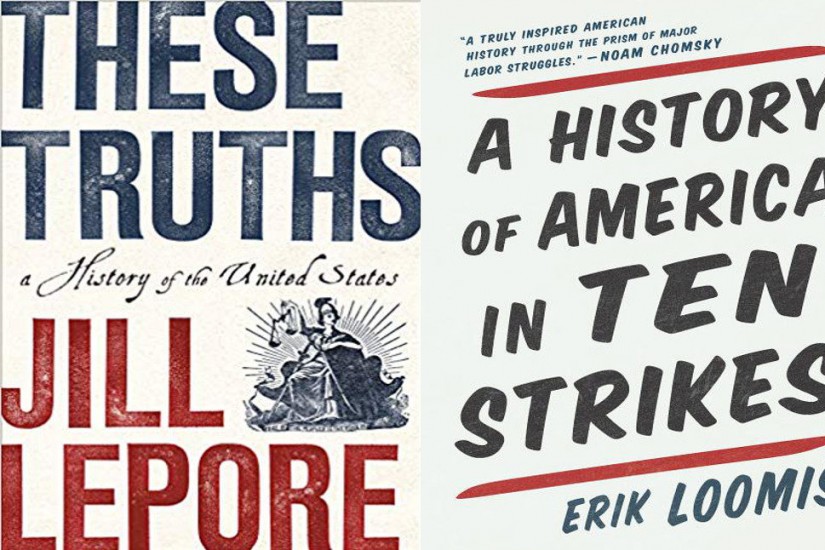 I was therefore delighted when I found out that Lepore had written an entire one-volume history of the United States. There could be no better tour guide. My problem with most histories is that they focus on big sweeping economic and political changes, macro trends rather than ordinary people. Lepore is the perfect antidote: She gets past the usual narrative and focuses on scraps and snippets. She weaves together history through the voices of those who actually lived it, through newspaper headlines, memoirs, advertisements, and ephemera.

So when These Truths: A History of the United States showed up, I devoured it. But something began to feel odd. At first, I couldn’t figure out what it was. Lepore writes with her usual verve, apart from a few tortured metaphors (e.g., the ending about the “ship of state”: “On deck, conservatives had pulled up the ship’s planking to make bonfires of rage: they had courted the popular will by demolishing the idea of truth itself, smashing the ship’s very mast. It would fall to a new generation of Americans… to fathom the depths of the doom-black sea… they would need to fell the most majestic pine in a deer-haunted forest and raise a new mast that could pierce the clouded sky.”Are the deer supposed to be… pundits?) She pays special attention to the lives of women and African Americans, telling us about Jane Franklin as well as Benjamin, Harry Washington as well as George. She digs up marvelous quotes. Cotton Mather fumes at James Franklin:  “The Plain Design Of Your Paper Is To Banter and Abuse The Ministers of God.” Abigail Adams writes to her husband: “I desire you would Remember the Ladies, and be more generous and favourable to them than your ancestors. Do not put such unlimited power into the hands of the Husbands. Remember all Men would be tyrants if they could.” An insufferable John writes back: “I cannot but laugh… we know better than to repeal our Masculine systems.” These Truths is Lepore’s effort to create a fair and representative history, one in which voices like that of Maria Stewart and Alice Paul are given the platform they deserve.

And yet: Diverse and kaleidsocopic as the book was, it seemed to be missing something critical. I got up to about 1980 (page 668) before I realized what it was: the labor movement. The history of American labor is almost completely absent from the book. Lepore’s history is full of racial and gender diversity. But it doesn’t include much about workers or their struggles.

It’s not just that labor is given a light treatment. It’s that there is a giant hole in the middle of the book where an important part of the American story should go. In the book’s index, you will find none of the following: the Ludlow Massacre, Samuel Gompers, Homestead strike, Blair Mountain, Colorado labor wars, Pullman Strike, Walter Reuther, Brotherhood of Sleeping Car Porters, Triangle Shirtwaist fire, Joe Hill, John L. Lewis, Terence Powderly, the Flint sit-down strike, United Farm Workers.