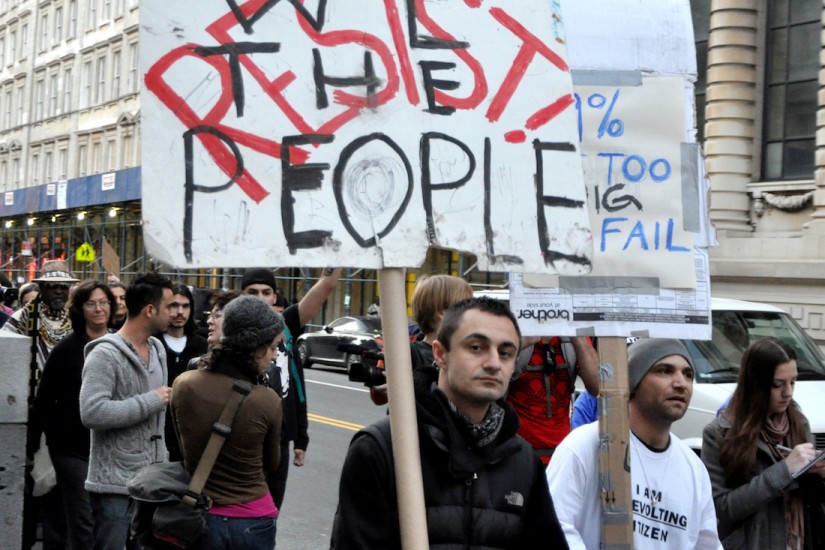 For all of its immense democratic promise, populism in the United States, as Chip Berlet and Matthew N. Lyons have argued, has always been open to right-wing mobilization. The representative figure of the people in the United States since the Jacksonian era of the 1830s has been the virtuous producer. Politically, Andrew Jackson’s Democratic Party coalition was made up of farmers, emergent industrial wage workers, and slave owners—all depicted as the “producing classes” of society. “Producers” understood themselves in contrast, on the one hand, to the idle rich such as bankers and land speculators, and on the other, to people of color, stereotyped as parasitic and/or predatory figures at the other end of the economic spectrum. Producerism was fundamental to the populist movement of the 1880s and 1890s in its resistance to monopoly capital, but it also furnished the basic template for the worldview of Social Darwinist William Graham Sumner, whose version of the Forgotten Man was the beleaguered small property owner forced by government to turn his hard-won wealth over to the undeserving poor. Producerism distinguishes the proper subject of democracy from both the so-called dependent poor below and the elites above—a distinction that can easily rest, in turn, on racialized and gendered ideals of both autonomy and democracy.

The practical brunt of this distinction is to single out the predominantly white (and usually male) citizen as the bearer of (small r) republican virtue. The opposition to monopoly power on behalf of those who toil extended into early twentieth century progressivism, and shaped fundamental elements of the New Deal. Nevertheless, FDR’s vision shored up producerist ideology—a strictly gendered division of labor, and, through the distinction between “entitlements” and “relief,” a sharp divide between the deserving and undeserving poor.

It was not until the 1960s, however, that the now-dominant version of populism took hold in U.S. politics. As the black freedom, feminist, and anti-war movements pressed against the New Deal political order, right-wing populists claimed to speak on behalf of aggrieved law-abiding, tax-paying, white working- and middle-class Americans. The leading exponents of this new politics focused particularly on race, and framed their appeals around the mythic, endangered trope of “Middle America.” But crucial to development of the populist right was the continued borrowing of ideas from the left.