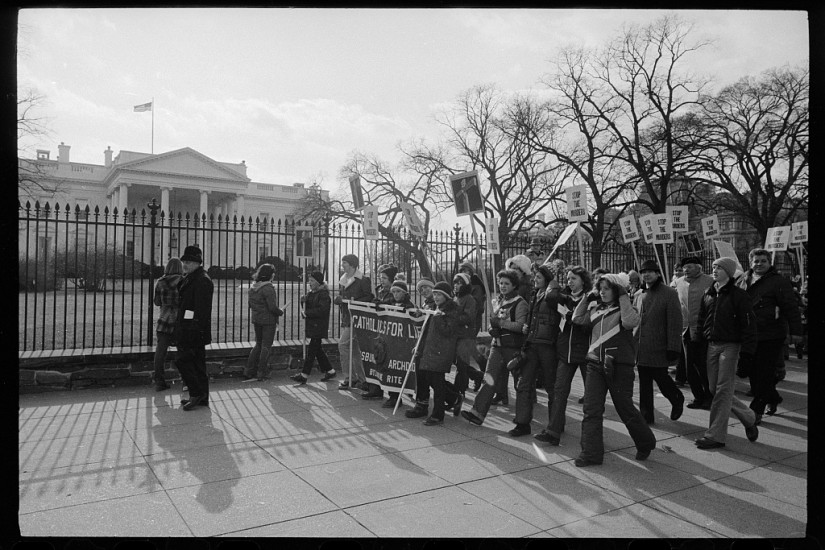 Reversing Roe does an admirable job of teasing apart how the Republican Party used control of women’s bodies as political capital to shift the balance of power their way. We watch politicians like George H.W. Bush and Reagan disavow their earlier pro-choice positions during their presidential campaigns, and organizations like the National Right to Life Committee in the late 1960s, and Operation Rescue two decades later, insinuate themselves into the Republican Party. We see Catholic bishops in the 1960s politicizing their congregations through exhortations from the pulpit and voter registration drives after Mass designed to get parishioners to switch their affiliation from Democrat to Republican.

What we don’t see is Richard Nixon, under the sway of Pat Buchanan and Charles Colson, plotting an anti-abortion strategy to lure those Catholic voters away from the Democratic Party, or how Gerald Ford and his advisers furthered that strategy, cynically adding pro-life language to the 1976 Republican platform, assuming that it would be a temporary maneuver. Instead, it turned out to be the opening that enabled religious anti-choice advocates to begin to remake the party.

Even more sinister, perhaps, than this ploy by the Republicans were the racist origins of that agenda. As the historian of religion Randall Balmer explains in the film, evangelicals became politically active in the 1970s, when they were thwarted by the courts and the Internal Revenue Service in their efforts to obtain tax-exempt status for “segregation academies” like Jerry Falwell’s Lynchburg Christian School and Bob Jones University that heeded what they believed to be a biblical mandate to keep the races separate. Around the same time, Paul Weyrich, a Republican strategist, recognized the potential political power evangelical voters would have if they were to vote as a bloc, and tried to pull them into the fold with issues he thought might appeal to their moralism, such as the proliferation of pornography, the Equal Rights Amendment, and even abortion—which, prior to Roe, they were largely sympathetic toward and considered a Catholic issue.

Instead, as they began to organize against the government’s refusal to support segregated schools, Weyrich, who in the late 1970s was working on behalf of Reagan, saw his chance, though he understood that he—and they—would need an issue that had more popular appeal than outright racism. As Balmer puts it, “Weyrich says in effect, we’ve found our issue. Abortion is going to work for us as a political issue.”