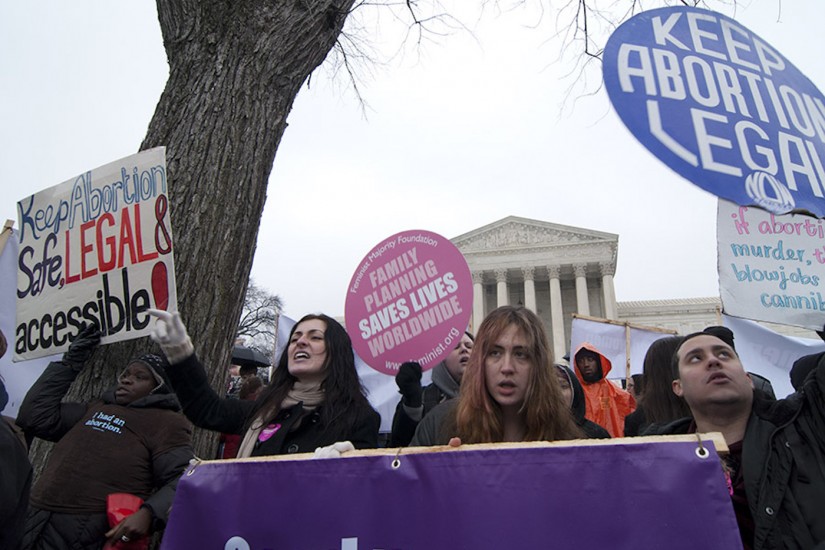 Feminists Choosing Life of New York Action is not the first antiabortion group to claim Susan B. Anthony as a precursor; in 1993 activist Rachel MacNair took Anthony’s name for her antiabortion advocacy group, the Susan B. Anthony List, founded to counter the power of Emily’s List, a political action committee that helped elect female, pro-choice Democratic candidates to office, including Hillary Clinton.

Feminists for Life, meanwhile, has championed Anthony’s reform partner Elizabeth Cady Stanton as their pro-life historical heroine. As law professor Tracy Thomas points out, over the past two decades, antiabortion groups have succeeded in linking their cause with feminist icons from the past. Federal antiabortion legislation bears their names, including the Susan B. Anthony and Frederick Douglass Prenatal Nondiscrimination Act of 2011 and the Elizabeth Cady Stanton Pregnant and Parenting Students Services Act of 2005, while “political forums for college students popularize the notion that feminists historically opposed abortion.”

The Susan B. Anthony List and its partner super PAC, Women Speak Out, report spending more than $18 million nationally in the 2016 election cycle, reaching at least 1.6 million voters with their antiabortion message through door-to-door, mail, and digital ad campaigns. According to SBA List president Marjorie Dannenfelser, “Not only did we work to turn out inconsistent pro-life voters, we identified and contacted persuadable Democrats, including Hispanics, who were horrified to learn about Hillary Clinton’s support for forcing taxpayers to fund late-term abortion up until the moment of birth.” This characterization of Clinton’s position is grossly inaccurate, yet there is evidence that the Susan B. Anthony List’s message succeeded, as journalists report that antiabortion activism bolstered Trump’s victory.

Historians of women’s suffrage object to the claim that Susan B. Anthony and Elizabeth Cady Stanton were antiabortion, pointing out that neither leader ever advocated for the criminalization of abortion, and that the evidence on which antiabortion groups have based their claims is taken out of context, inaccurate, and wrongly applied to a contemporary debate whose terms have very different meanings than they did in the nineteenth century.

To the contrary, women’s rights advocates supported voluntary motherhood and opposed what we would now call marital rape as well as criminal punishment for women for infanticide. And yet the popular comedy show Saturday Night Live aired a January 2017 sketch in which a group of young women touring Susan B. Anthony’s home encounter her ghost, who exhorts them: “Abortion is murder!” Scholars’ protests notwithstanding, antiabortion groups edge closer to realizing their goal of decoupling reproductive rights and feminism through their co-optation of Anthony, Stanton, and other nineteenth-century women’s rights leaders.

What to make of this disjuncture between history and (newly created) public memory?