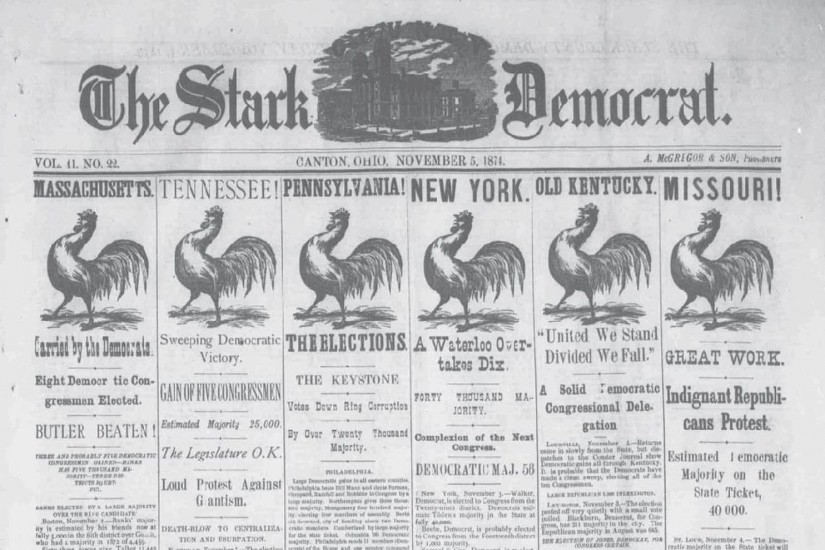 Days before congressional elections in 1874, the unthinkable suddenly seemed likely.

Republican dominance in Washington had been a fact of life since 1861, when Abraham Lincoln became president and the party held sway on Capitol Hill. With the election of Ulysses S. Grant in 1868, the party remained firmly in control — and when Grant was reelected four years later in a landslide, the Republican juggernaut seemed unassailable.

But by the autumn of 1874, the political climate had changed dramatically. An influence-peddling scandal, a depressed economy and lingering Southern white resistance to Reconstruction clouded Republican chances as never before. As Americans prepared to vote in elections that would determine control of the House of Representatives (senators were elected by state legislatures), the end of Republican supremacy in Washington suddenly seemed possible.

“The complexion of the next House of Representatives,” the Chicago Tribune predicted on Oct. 26, “is likely to be Democratic.”

That proved to be a colossal understatement.

By the time all the ballots had been counted, Democrats picked up an astounding 94 seats in the 293-seat House. Republicans retained control of the Senate, but the change in the House represented a sea change in American politics. With the exception of one two-year interval (1881-1883), the House would remain in Democratic control until 1889.

“To use the familiar rhetoric of this hour of exultation and discomfiture,” the Democratic New York Herald exulted, “we have the ‘tidal wave’ or rising sea of success.”

Midterm “wave” elections in which one party sweeps on Capitol Hill while the other controls the White House have been a recurring feature of U.S. politics since the early 19th century, historians say. While Tuesday night didn’t quite bring the “blue wave” Democrats hoped for, the party did seize control of the House, while Republicans held the Senate, in a national referendum on President Trump.
After the wave of 1874, many more would follow — including a notable triumph for Republicans 20 years later.