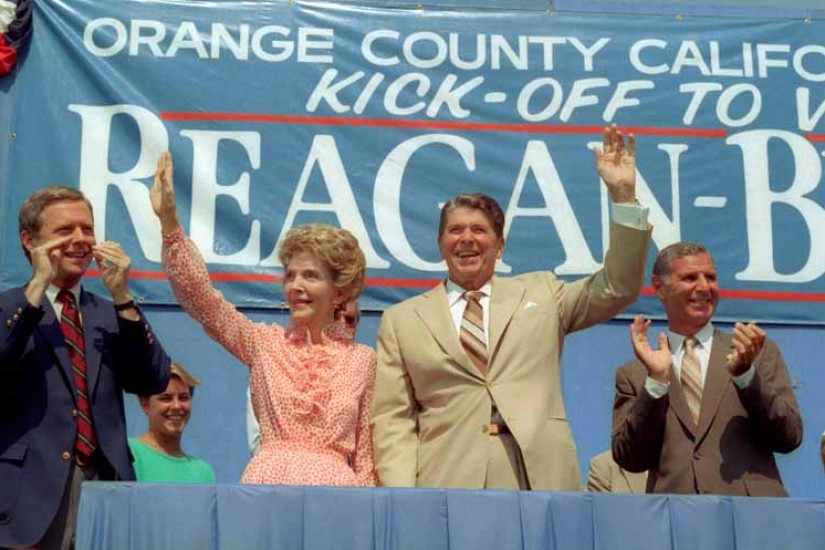 “Orange County,” the California collection of 34 cities and 3.2 million residents once described by President Reagan as where “all the good Republicans go to die,” died Tuesday. It was 129 years old.

Long famous for its wealth, whiteness and conservative values, Orange County is survived by its offspring, who include a population that is about 60% people of color, some of the most crowded and poor neighborhoods in the United States and a Republican Party that’s on the ropes. Once reliably red, the official cause of O.C.’s passing is a case of the blue flu, which turned its politics more purple than Barney the dinosaur.

While the election results won’t be final, possibly for days, by Wednesday morning it seemed likely that Democrats could represent five of of the seven congressional districts that are are entirely or partially in the county — a once-unthinkable prospect in the land that spawned the modern-day GOP.

The death shocked everyone who hadn’t bothered to pay attention for decades. County boosters and leaders had desperately tried to mask its failing health with a series of anti-immigrant resolutions, orange-shaped balloons at Great Park, and a string of increasingly vapid reality TV series. But as the years went on, the Orange County of old gradually succumbed to a new generation of working-class unions, multicultural youngsters and middle-class voters who just didn’t care about demonizing the downtrodden, except for the homeless.

Orange County announced its birth in a fitting way in 1889: It seceded from Los Angeles County with the help of Henry W. Head, a state Assembly member who’d been a member of the Ku Klux Klan back in his native Tennessee. The baptismal font of white supremacy ensured that a feudal society took hold, one where residents felt they lived in a fantasia of citrus groves and McMansions and Disneyland while the Mexicans who worked there were expected to live meekly and in Santa Ana.

The rest of the United States looked on with a mixture of admiration and disgust as this geographically small region infiltrated all parts of American life: Religion through the Crystal Cathedral, Calvary Chapel and Saddleback Church. Popular culture via surfing and punk music. Politics through a succession of increasingly unhinged Republicans, not least of whom was native son Richard Nixon.