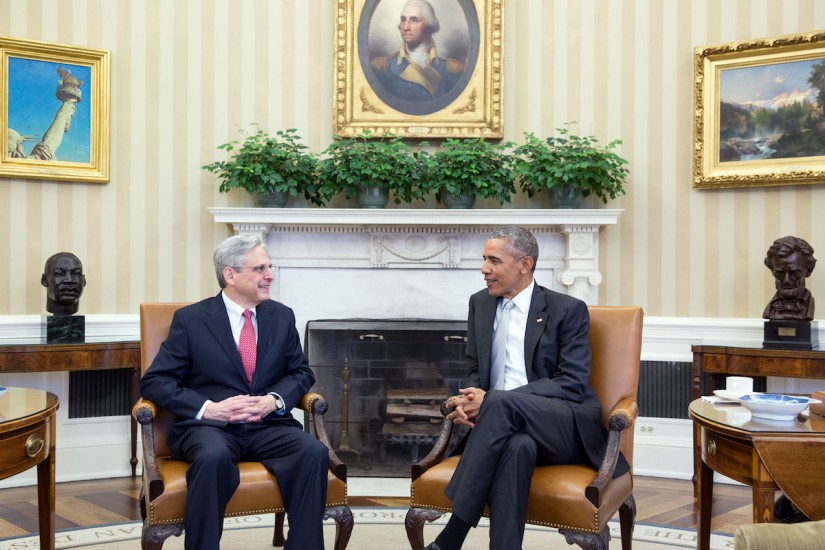 A Supreme Court justice was dead, and the president, in his last year in office, quickly nominated a prominent lawyer to replace him. But the unlucky nominee’s bid was forestalled by the U.S. Senate, blocked due to the hostile politics of the time. It was 1852, but the doomed confirmation battle sounds a lot like 2016.

“The nomination of Edward A. Bradford…as successor to Justice McKinley was postponed,” reported the New York Times on September 3, 1852. “This is equivalent to a rejection, contingent upon the result of the pending Presidential election. It is intended to reserve this vacancy to be supplied by Gen. Pierce, provided he be elected.”

Last year, when Senate Republicans refused to vote on anyone President Barack Obama nominated to replace the late Justice Antonin Scalia, Democrats protested that the GOP was stealing the seat, flouting more than a century of Senate precedent about how to treat Supreme Court nominees. Senate Democrats such as Chuck Schumer and Patrick Leahy called the GOP’s move unprecedented, but wisely stuck to 20th-century examples when they talked about justices confirmed in election years. That’s because conservatives who argued that the Senate has refused to vote on Supreme Court nominees before had some history, albeit very old history, on their side.

What the Senate did to Merrick Garland in 2016, it did it to three other presidents’ nominees between 1844 and 1866, though the timelines and circumstances differed. Those decades of gridlock, crisis and meltdown in American politics left a trail of snubbed Supreme Court wannabes in their wake. And they produced justices who—as Neil Gorsuch might—ascended to Supreme Court seats set aside for them through political calculation.

“There is this tendency to view history through rose-colored glasses from time to time, and to suggest we’ve never been this political,” says Charles Gardner Geyh, a law professor at Indiana University and author of the 2008 book When Courts and Congress Collide. “In reality, we have always had a highly politicized selection process.” Several times in the 1800s, Geyh says, “the Senate certainly appears to have delayed with an eye toward saving the nomination for the next president.”