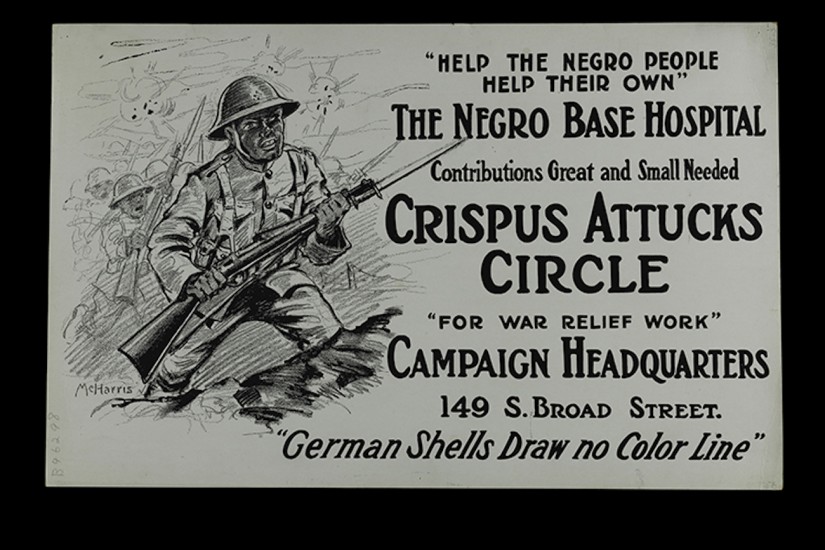 After the United States entered the conflict in April 1917, millions of Americans donated to the American Red Cross and other relief agencies to help U.S. troops and foreign civilians. Along with their other contributions, women knitted hats, mittens, and other woolens for soldiers; conserved foodstuffs to ensure an adequate supply for the military and overseas civilians; and volunteered at recreational centers for troops stationed in the United States. Thousands of women volunteered to go abroad to aid soldiers and foreign civilians. These and other contributions made by millions of Americans provided vital aid to American troops and extended the tradition of American philanthropy overseas to assist many more people. African American women and men participated in the ways all Americans did, yet white-led relief organizations routinely maintained segregated facilities, limited opportunities for black community members to become involved, and denied or provided unequal services to black soldiers and civilians.

In the face of this long history of discrimination, African Americans during World War I worked to help members of their community. The Crispus Attucks Circle for War Relief, the group that helped Mackall and Randall, was one such effort. Led by the well-known Archdeacon Henry L. Philips and other African American community leaders, the organization raised funds for Mercy Hospital, a new hospital being built under African American control to serve African American soldiers.

The group's name honored a notable figure from the country's founding years. In 1770 Crispus Attucks, a Massachusetts man of African and Native ancestry, was the first casualty of the Boston Massacre and thus of the American Revolution. Invoking Attucks reminded the public of the sacrifices African Americans had long made for the country.