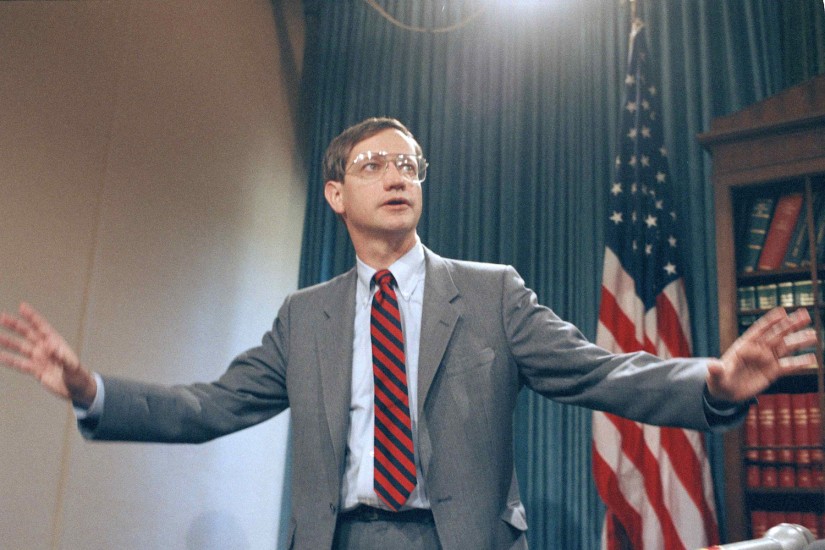 Immediately after President Ronald Reagan’s landslide victory against Walter Mondale in 1984, which also returned to Congress a Democratic majority in the House and a Republican majority in the Senate, a bruising battle unfolded over Indiana’s Eighth Congressional District. The freshman Democrat Frank McCloskey, a 45-year-old first-term Democrat, led the Republican Richard McIntyre, a promising 38-year-old conservative state legislator, by 72 votes after the initial count. But a tabulation error in one county seemed to swing the election to McIntyre, by just 34 votes, at which point the Republican secretary of state, Edward Simcox, certified McIntyre the victor. After a full recount, McIntyre was up by some 400 votes—but many thousands of ballots were not counted for technical reasons.

The tight race was not a total surprise, since, like Florida today, the Bloody Eighth of Indiana, as it was known, was a notoriously competitive swing district.

Democrats responded with intransigence. They said that Simcox had certified the election prematurely, and that “irregularities” put the apparent result in doubt, including allegations that Republicans had unfairly disqualified a sizable number of African American voters in the urban parts of the district. When McIntyre arrived on Capitol Hill on January 3, 1985, Democrats refused to seat him; the House voted 238 to 177, along strict party lines, to keep the seat vacant pending a congressional investigation and a new recount.

Speaker of the House Tip O’Neill, the Majority Leader Jim Wright, and the Democratic Congressional Campaign Committee chairman Tony Coelho charged one of their own, Representative Leon Panetta, to lead the recount. Under Panetta were two Democrats and just one Republican. Republicans cried foul that the majority was trying to steal the election. Even Minnesota’s Bill Frenzel, a gregarious Republican who was known as a moderate in his disposition and politics, characterized the process as a “rape” of the voters.

Republican Congressman Newt Gingrich, a young renegade elected in 1978, saw an opening to score partisan points. Gingrich was the leader of the Conservative Opportunity Society, a caucus of right-wing Republicans that he created in 1983. One of its goals was to encourage a more aggressive approach to challenging Democrats, who had been in the majority since 1954, than the 62-year old House Minority Leader Robert Michel had been willing to try. COS wanted to break with conventional norms and stretch procedure as far as possible to advance Republican objectives.