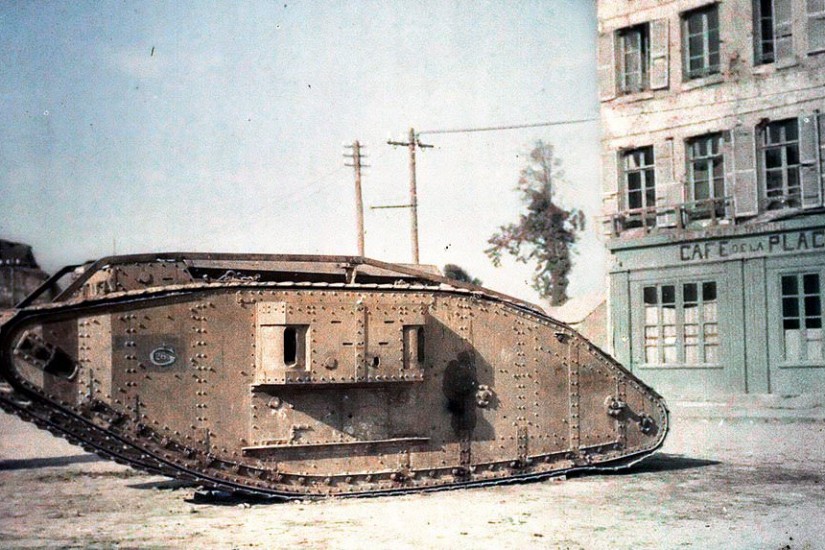 Because of the photography of their day, we tend to think of the world wars in black and white. This is especially true of the first. As a child I pored endlessly through a book of photographs from 1914-1918 on my parents’ bookshelf: grey trenches, blackened ruins of bombed-out buildings, soldiers’ drab uniforms, a corpse on the ground (was that darker spot blood?), with the caption: “Some corner of a foreign field/That is for ever England.”

It is startling, therefore, to see the some 320 images in Peter Walther’s The First World War in Colour (Taschen), chosen from the few thousand color photographs of the war that exist. It feels like looking at a familiar scene through a different pair of eyeglasses, one that allows you to see all sorts of things that that six-year-old self of mine couldn’t picture, and that are hard to imagine even now from the many TV documentaries marking the war’s centennial. (One reason these images seem not to have been better known is that they have been dispersed in various archives across Europe and are difficult to access. Some of the more remarkable photographs in the book were not available for reproduction in this post.)

The first thing that stuns you is the brilliant colors of the uniforms. Most of the photos in this book are from France, and the French army of 1914 was the most snappily dressed in Europe. French infantrymen wore bright red trousers, bright blue coats, and bright red caps. And these were combat uniforms, not just dress uniforms. When, at a parliamentary hearing two years before the war, a reformer had suggested doing away at least with the red trousers, the minister of war shouted him down: “Jamais! Le pantalon rouge c’est la France!”