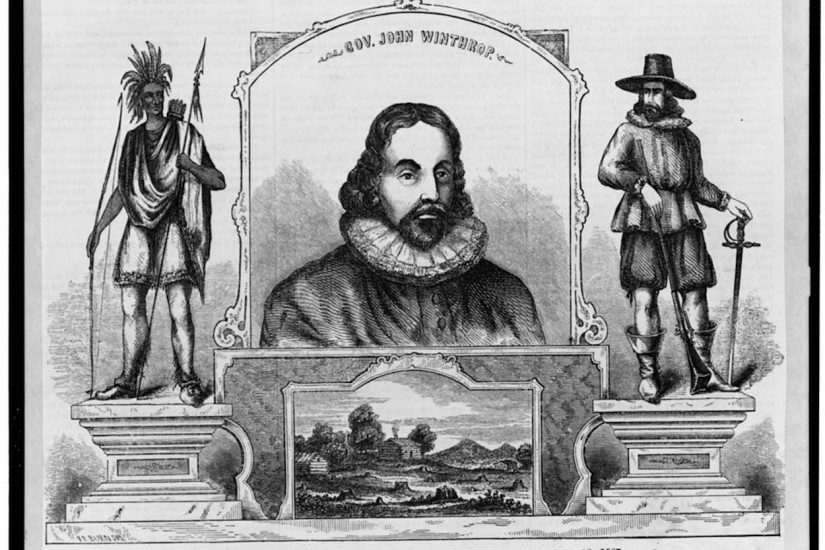 At its heart, Winthrop’s text was not a sermon about future glory. It was a radical exhortation to love and fellow-feeling, a plea to lay aside self-interest when the social good demanded it. He had worked out its core phrases months before he boarded the ship, in a meeting of the projects’ investors where he had insisted that the normal rules of market capitalism should not apply to a venture as sacred and precarious as this. Most important, Winthrop’s “city on a hill” was not a site of radiance but a place of exposure, open to the sight of critics, where any slip would make the new settlement a “story and a byword through the world.” In Winthrop’s words of 1630, scrutiny was the condition of living in a city on a hill.

No one recorded hearing Winthrop’s now famous words. He sent a copy for circulation in England, but within a generation, his “Model of Christian Charity” had been forgotten.

In the era of the Revolution and afterward, Americans cast off many of Winthrop’s doubts and began to imagine their experience might, in fact, be a beacon to the world. “The birthday of a new world is at hand,” Tom Paine wrote in February 1776, pressing the case for independence 14 months after arriving in the colonies from London. By 1790, he had taken the same words and enthusiasm to France, whose revolution, unlike the American one, was truly a magnet for political imaginations from around the world.

But just as Paine traveled between nations and revolutions, so did aspirations for moral leadership. The 19th-century world of imperial nationalism reverberated with claims of nations’ divinely given missions. Americans’ talk of their “manifest destiny” to expand the benefits of civilization across the continent and seas fit into this pattern as wholly unexceptional.

While Winthrop’s “Model of Christian Charity” was on no one’s mind, “city on a hill” was still a common phrase. To preachers, the words stood for the community of Christian believers. For newspaper writers, it stood for anything conspicuous by its example: a well-managed college on the positive side, a notorious tavern on the other. Former slaves brought the language of the “city on a hill” to Liberia, where they knew the capacity of African-descent people to construct a lasting republic would be under the severest scrutiny of a racist world. But in none of these cases was Winthrop’s text mentioned.

It was only in the 1950s that some historians began to treat Winthrop’s “city on a hill” speech as an important moment in American history. And not until the Cold War did any prominent political figure apply the phrase to the United States.