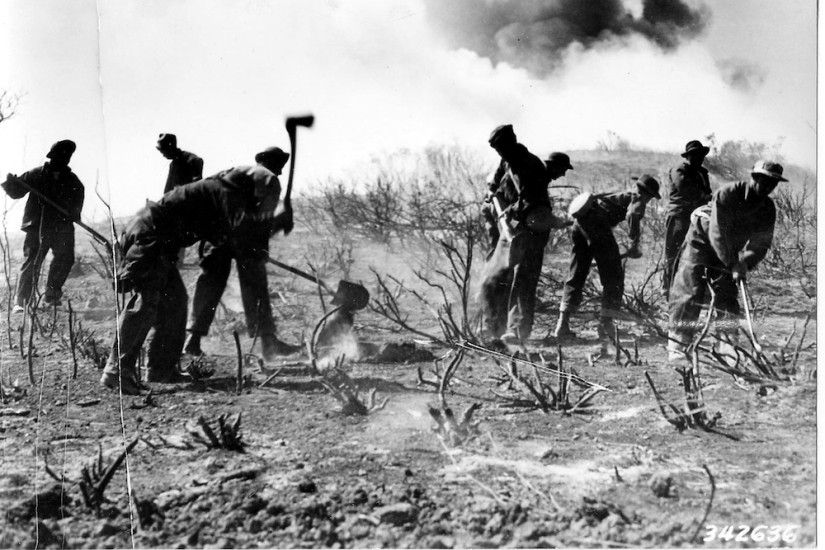 From the time of the Tapias, the owners of Rancho Malibu recognized that the region's extraordinary fire hazard was shaped, in large part, by the uncanny alignment of its coastal canyons with the annual fire winds from the north: the notorious Santa Anas, which blow primarily between Labor Day and Thanksgiving, just before the first rains. Born from high-pressure areas over the Great Basin, Santa Anas become hot and dry as they descend avalanchelike into Southern California. The San Fernando Valley acts as a giant bellows, sometimes fanning the winds to hurricane velocity as they roar seaward through the narrow canyons and rugged defiles of the Santa Monicas. Add a spark to the thick vegetation (frequently above 40 tons per acre in the Malibu area) on such an occasion, and an uncontrollable wildfire will result.

Less well understood in the old days, of course, was the essential dependence of the Santa Monicas' chamise chaparral, coastal sage scrub and live oak woodland upon this cycle of wildfire. Decades of research (especially at the San Dimas Experimental Forest in the San Gabriels) have given late 20th-century science vivid insights into the complex role of fire in recycling nutrients and ensuring seed germination. Conversely, science has established that it is accumulated growth that determines fire destructiveness. As fire ecologist Richard Minnich has said, "You can send an arsonist to Death Valley and he'll never be arrested."

Another revelation was the relationship between the age of vegetation and the intensity of a fire. Botanists and fire geographers have calculated that half-century-old chaparral, heavily laden with dead mass, burns with 50 times more intensity than 20-year-old chaparral. Put another way, an acre of old chaparral is the fuel equivalent of 75 barrels of crude oil. A great Malibu firestorm, therefore, may generate the heat of three million barrels of burning oil at a temperature of 2,000 degrees.

And such extreme fires can destroy the structure of the soil itself. A water-repellant layer is created that dramatically accelerates subsequent flooding and erosion. All of which means that "total fire suppression" - the official policy in the Southern California mountains since 1919 - is a futile, indeed disastrous, strategy that makes doomsdaylike firestorms and subsequent floods virtually inevitable by preventing the recycling of dead chaparral by more frequent small fires.