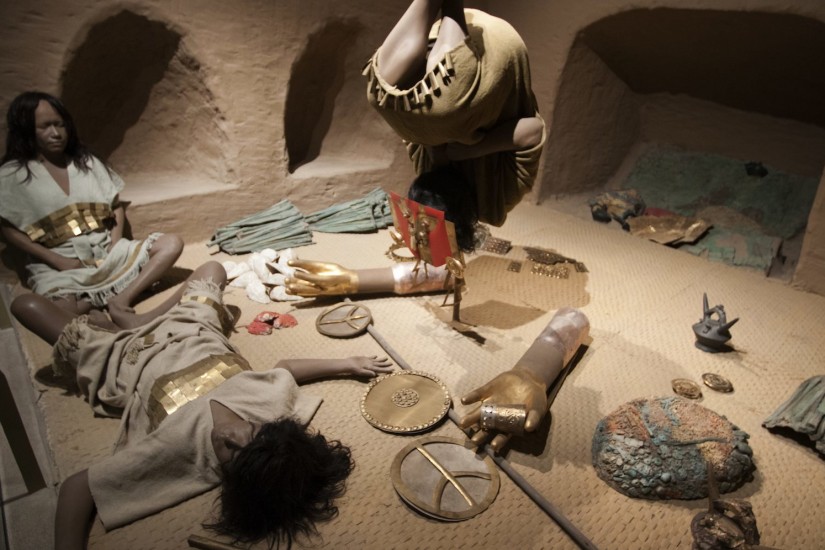 North America’s first migrants, we’ve been told, spilled into the continent at the tail end of the last Ice Age some 15,000 years ago, either by trekking along the West Coast and/or through an interior land route. Eventually, this population found itself south of a massive ice sheet covering North America from coast to coast. From here, scientists assumed that, as populations moved southward, some groups split off, never to meet again. Gradually, this pattern of southward migration and dispersal resulted in the peopling of the Americas.

But as the new research released today suggests, it’s considerably more complicated than that. Humans, as we’re all too aware, aren’t so predictable.

A pair of closely related genetics papers, one published in Science and one in Cell, chronicles the movement of the first humans as they spread across the Americas, venturing both southward and northward and sometimes mixing in with the local populations. The third paper, published in Science Advances, shows what happened to one group of migrants who decided to make the high-altitude Andes their home—a decision that sent them down a unique evolutionary path.

The Science paper, led by David Meltzer from the Department of Anthropology at Southern Methodist University in Dallas and archaeologist Eske Willerslev, who holds positions at the University of Cambridge and the University of Copenhagen, tracks the spread of humans from the top of Alaska to the tip of South America, a region known as Patagonia. Their analysis presents a complex picture of expansion and diversification across the two continents.

By sequencing and analyzing 15 ancient genomes found throughout the Americas—six of which were older than 10,000 years—these researchers determined that, around 8,000 years ago, the ancestors of Native Americans were still on the move, migrating away from Mesoamerica (what is today Mexico and Central America) toward both North and South America. These groups moved rapidly and unevenly, sometimes interbreeding with local populations, complicating the genetic—and historical—picture even further.

The close genetic similarity observed between some of the groups studied suggests rapid migratory speed through North and South America.

“That’s something we’ve suspected due to the archaeological findings, but it’s fascinating to have it confirmed by the genetics,” said Meltzer in a statement. “These findings imply that the first peoples were highly skilled at moving rapidly across an utterly unfamiliar and empty landscape.