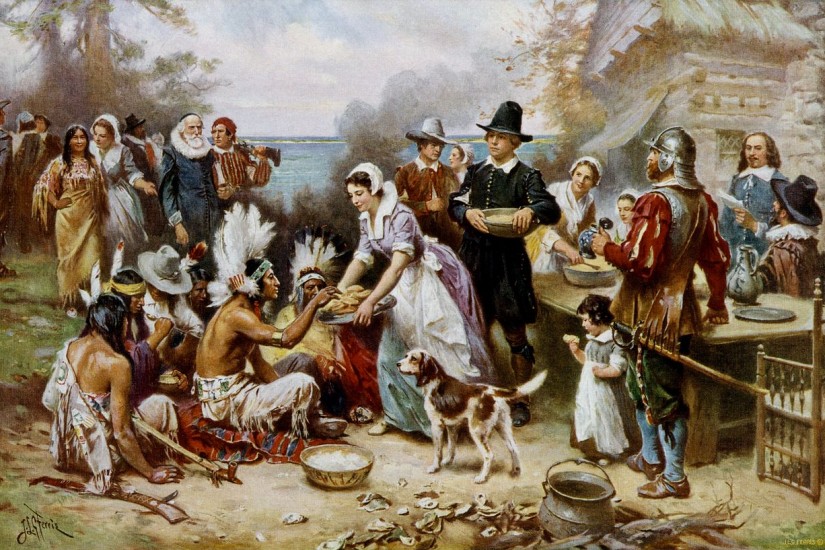 In September 1620, after panicking about leaking ships and provisioning problems that had necessitated stops in Southampton, Dartmouth and Plymouth, the Pilgrims bid a final farewell to England. By November they had become grave-robbers.

William Bradford, the future governor of the English colony of Plymouth on the east coast of North America, wrote one of the few surviving accounts of the voyage and life in present-day Massachusetts. It was published in the mid-19th century. Bradford was part of a group of families who believed that the Anglican Church could only be reformed from abroad, and had lived for over a decade in Leiden, Netherlands, before their voyage on the Mayflower to North America. Bradford described colonists’ anxieties before departure: the people worried that in this new situation, “they should be liable to famine and nakedness and the want, in a manner, of all things.” Their worries were coloured by history. The first permanent English colony in North America – in Jamestown, Virginia – had experienced a Starving Time from 1609–10, and as accusations and denials swirled in the early 1620s, it became clear that some Starving Time colonists had cannibalised Native Americans, and eaten each other.

Perhaps these fears were why, during their first few weeks in the region that has come to be known as New England, colonists stole whatever edible items they could find. Historian Christopher Heaney explains that upon arrival in New England, English colonists found mounds of sand filled with mats, pots and Wampanoag weaponry, but said that they stopped digging once they realised that they had unearthed a Native American grave. This admission was a half-truth, because in fact the colonists kept digging once they discovered that some of the graves were filled with maize. For this bounty of “Indian baskets filled with corn”, Bradford thanked the “special providence of God”. The Christians’ theft of this “seed to plant them corn the next year” meant they would be able to avoid starvation.

The colonists needed all the help they could get. Having arrived too late to plant crops, cut down trees and build sufficient housing, they spent the winter on board the Mayflower. Several weeks after they anchored, Bradford’s wife, Dorothy, “fell overboard” and drowned. Most historians think that she took her own life rather than live to face the rigors of the future.

About half of the 102 colonists died. The ensuing years remained difficult.