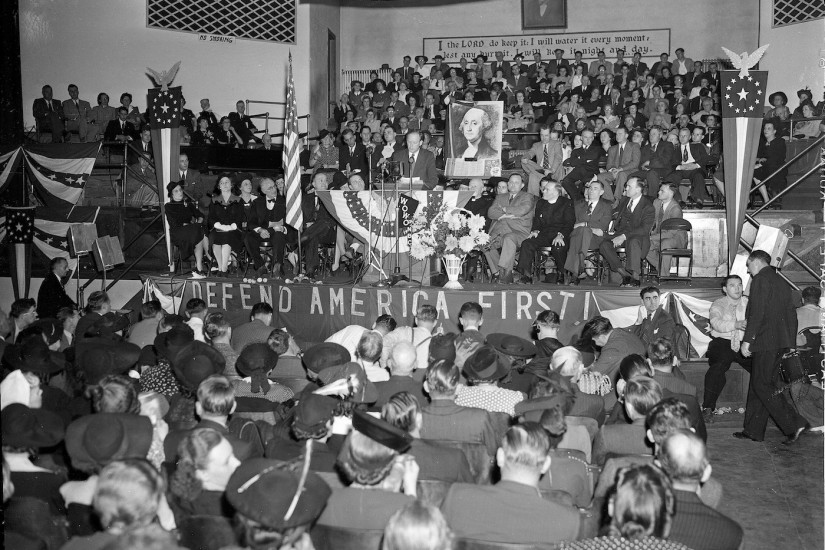 In June 2015, Donald Trump glided down a gilded escalator in Trump Tower to announce that he was running for president. Rattling off a litany of dire crises confronting the country, from the Mexican immigrants he characterized as rapists and drug smugglers to the Islamic terrorists he portrayed as an existential threat, Trump ended on a surprisingly sanguine note. “The American dream is dead,” he intoned. “But if I get elected president, I will bring it back bigger and better and stronger than ever before, and we will make America great again.”

After his election, Trump’s speeches followed a similar pattern. In his inaugural address, he portrayed the country as a dystopian nightmare of “American carnage” but promised to “bring back our dreams” with a dramatic new approach. “From this day forward, a new vision will govern our land,” he declared. “From this moment on, it’s going to be America First.”

These two phrases—“the American dream” and “America First”—have served as touchstones for Trump. Like all slogans, they provide a convenient shorthand for his practical agenda and his larger aims. The “American dream,” as Trump and his audiences understand it, means nothing less than a chance at financial success for all Americans—or at least all those who count as “American” in his narrow understanding of the term. “America First,” meanwhile, signals a similar kind of selfishness, but this time on a national scale: abandoning long-standing military alliances and economic partnerships; stemming immigration with literal walls and free trade with figurative ones; and sounding a general retreat from the global stage.

Trump has invoked the “American dream” and “America First” repeatedly in his addresses, often citing both in the same speech. From the floor of a tool factory in Kenosha, Wisconsin, to the stage of the World Economic Forum in Davos, Switzerland, Trump has deployed these phrases and, more important, linked them together for his audiences. Pushing the country inward, he has suggested, would pull its citizens upward.

In Behold, America: The Entangled History of “America First” and “the American Dream,” Sarah Churchwell traces the origins and evolution of both of these expressions. “There is great power in loaded phrases, as anyone willing to pull the trigger knows,” she observes in her introduction. For Trump and his allies, these two phrases combine in a simple and simplistic formula for success: The American dream is dead, but Trump will make America great again by putting America first. This mantra not only echoes the patriotic chorus of an arena chanting “USA! USA! USA!,” but it also carries the same underlying appeal. Audiences seem to understand these phrases instinctively and reward their use with an almost reflexive response. Yet as Churchwell makes clear, neither expression is as straightforward as it seems, and both come with a long and complex past.