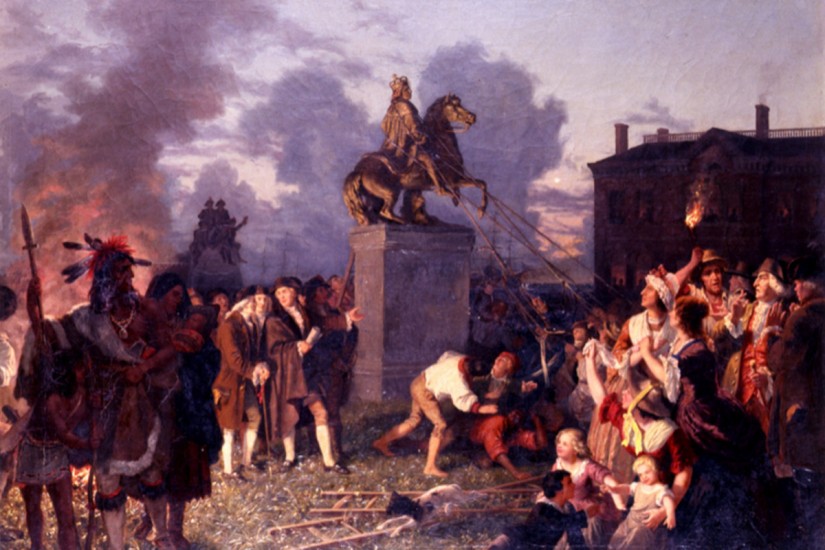 Robert G. Parkinson’s The Common Cause: Creating Race and Nation in the American Revolution is a major contribution to the historiography of the American Revolution. Parkinson argues that national political elites at the helm of the Revolution used race to manufacture patriotic consent among white colonists. His book is thus particularly important to understand how ordinary Americans were mobilized into a revolutionary force. The book also offers a powerful historiographic critique. By illustrating the centrality of racial fear and identity to the patriots’ “common cause,” Parkinson illustrates the dangerous instability of histories of political ideology shorn of their potentially disturbing contexts and shadows. This critique crashes down upon historians who cling to a normatively proud national history of the Revolution and the founding of the United States. Deeply researched and powerfully argued, Parkinson’s book demolishes the legitimacy of this aging if persistent whiggish interpretation.

Parkinson’s Common Cause is a history of how patriot leaders used the middle pages of newspapers to transform white colonists into revolutionaries.  This was “greater” than the “propaganda” we confront today because “patriot political leaders and newspaper printers worked together to shape the news” in support of the revolution. But the stories that they placed in the inside pages were also quite real. The leaders of the revolution were thus “patriot political and communication leaders” because in 1775 they realized the potential mobilizing power of the newspapers. Newspaper stories that emphasized the danger of runaway or disloyal slaves and purportedly murderous Indians suddenly proliferated and displaced Europe from the inside pages. Around the time of the Battle of Bunker Hill, fears proliferated  about the possible “role African Americans and Indians might play in the burgeoning war,” and especially about when Great Britain would decide it was time to set loose America’s “internal enemy,” as Alan Taylor has so memorably called it, against itself.  Parkinson painstakingly tracks how small stories that sewed local fears then flashed across the emerging nation. Day after day, week after week, tales of British-led slave insurrections, Indian war parties, and loyalist scheming were virtually the entirety of the middle pages. Fear of these groups was what American patriots had in common—this was the common cause. And once it had started to coalesce, news of the Continental Army’s gradual successes only solidified the patriots’ support against their enemies.