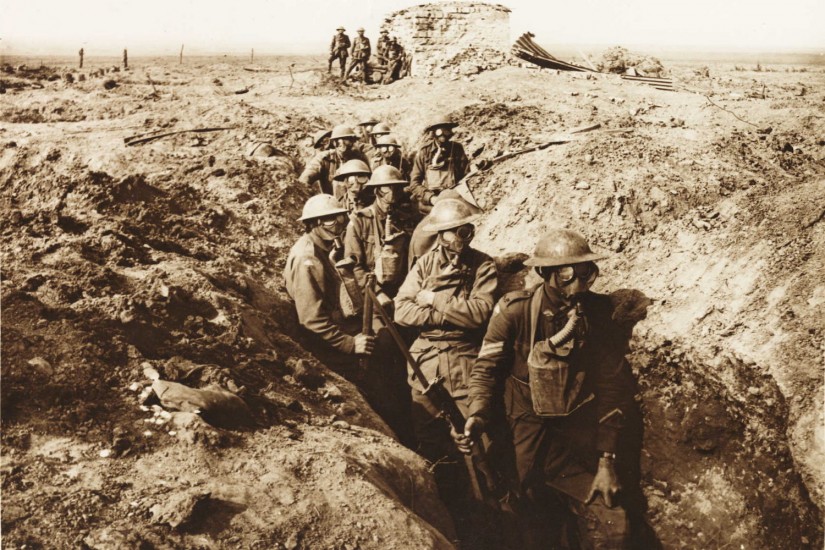 The conflict that became known as the Great War had obscure and complex roots in empires and alliances. If it’s hard to explain its causes without putting students to sleep, it’s even harder to recount the way the war was conducted in a manner that gets its full scale across. A recitation of the conflict’s manifold horrors calls forth every bit of historians’ creativity, lest the reader zone out on so much death. Millions of people killed, miles of trenches, even more miles of barbed wire, the legions of disabled and widowed and orphaned. It’s all too much, and too meaningless, given the lack of a true difference in ideology between combatants and (contemporary atrocity propaganda aside) the absence of a real villain to battle.

Writing in the New Yorker, Adam Hochschild ended his review of some recent commemorative books on the armistice with a story of what happened on the last day of fighting, when everyone knew the end was coming but kept fighting anyway, “for no political or military reason whatever.” Hochschild describes the experience of the troops of the American 92nd Division—black soldiers, led by white officers, “often Southerners resentful of being given such commands.” These troops were sent “into German machine-gun fire and mustard gas” a half-hour before the armistice was meant to take effect. The division recorded 17 dead that day. Why? “The war,” Hochschild writes, “ended as senselessly as it had begun.”

After all that suffering, what “good” did the war do? The effects of the conflict on Europe are well-known: desperation, poverty, resentment, the advent of fascism, more war. (Hochschild: “It is impossible to imagine the Second World War happening without the toxic legacy of the First.”) Stateside, we exited our own briefer involvement in the conflict into some of the worst racial violence of the early 20th century. During the war, more than 6,000 dissidents who publicly criticized the draft had been arrested under the Espionage Act of 1917 and Sedition Act of 1918, and this erosion of civil liberties continued in the postwar period.

How, then, to commemorate a useless war that shouldn’t have happened—a black hole in history? In an interview on the blog Ethics & International Affairs, given when we were beginning this anniversary period back in 2014, historian Mary Dudziak said that World War I should be commemorated by remembering “the way the American people were deeply engaged with questions of war and peace”—a contrast to today, when “one of the most unfortunate aspects of contemporary war politics is that most Americans seem content to leave the issue to leaders and experts.”