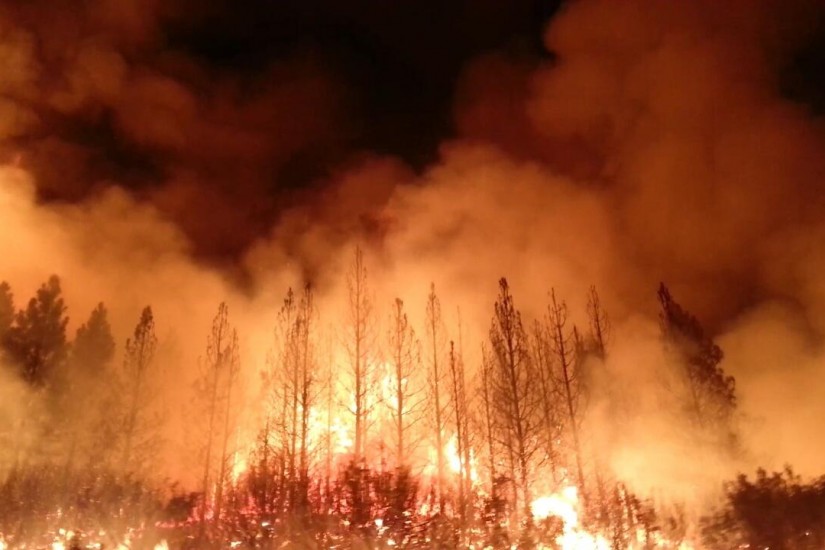 The Rim Fire in the Stanislaus National Forest near in California, 2013.
U.S. Department of Agriculture/Wikimedia Commons

When it comes to California’s natural disasters—fires, earthquakes, floods—a surprising cohort of first responders have served on the front lines since World War II: prison inmates.

While the idea of using prisoners for back-breaking, low-cost labor on road crews harks back to the late 19th century, the state of California first tapped inmates to fight brush and forest fires in 1942. After military conscription and war industries rapidly emptied the state’s forestry camps of able-bodied men serving in the New Deal’s Civilian Conservation Corps, the state forestry found itself in a manpower crunch. Worse, fire marshals predicted that bombing and ‘sabotage’ by Japanese Americans increased the risk of fires and could threaten crucial watersheds and food production in the area of various Army installations and ship-building plants.

Opened in 1941 as the first minimum-security prison for men in the state, Chino prison, located 50 miles east of Los Angeles, stepped into the void. Together with the state forestry service, it established 14 forest camps over the course of the war. The first one opened on a 10-acre plot at Palomar Mountain in the Cleveland National Forest early in 1942. As of 2014, there were nearly 40 camps statewide, the California Department of Forestry and Fire Protection reports, with prisoners performing more than 3 million hours or more of emergency-response work annually. As the Golden State’s record wildfires increase, those numbers will likely rise.

The role has been a unique one. Participating inmate volunteers, who are pre-screened (no violent offenders or arsonists allowed) and trained, have worked mostly as laborers maintaining public lands. But they also have served increasingly as emergency responders to fires, floods, earthquakes and in search-and-rescue operations. In addition to pittance wages, inmates receive sentence reductions, work furloughs and a slightly greater sense of personal freedom, since shackles and armed guards are largely absent from the camps and the fire line. And prisoners' work helping rural communities in times of crisis have helped, sporadically, to soften some of the state’s racial and ethnic divides.