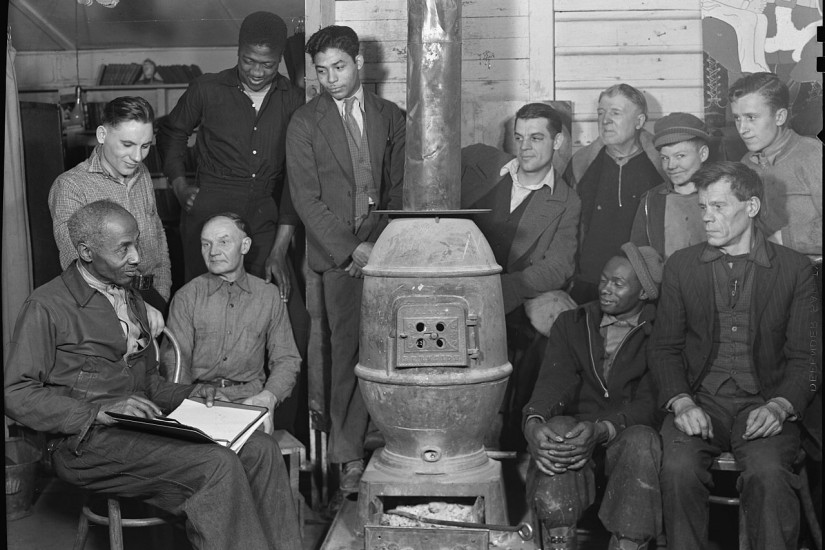 “Appalachia plays the role of a sort of fetish for those who would oppose birthright citizenship,” said Bob Hutton, author of “‘Bloody Breathitt’: Politics & Violence in the Appalachian South.”

But just as persistent have been the efforts of researchers like Wilma Dunaway, who has documented the presence, over centuries, of a wide range of European ethnic groups and others of African and indigenous descent. Other observers have noted how, in recent years, states in the region occupy top 10 lists of states with the fastest-growing Hispanic populations.

And just as Trump’s pretense toward ending birthright citizenship has incited reexaminations of the Constitution, so should the “fetishization” of Appalachia’s supposed racial and ethnic purity by those supporting the proposal cause us to take another look at the region’s real past and present.

“The first example that shows Appalachian whiteness to be an oversimplification is the presence of the Cherokee, Catawba, Mingo, Yamasee and others,” said Hutton, who is senior history lecturer at the University of Tennessee, Knoxville. “In the early colonial period, Appalachia is home to a panoply of Native American peoples.”

“In fact, where I’m calling from,” he added, “is pure Cherokee territory. They have a burial mound here on campus.”

The population of enslaved blacks in Appalachia never grew beyond lower-double-digit percentages of the region’s total population, but slavery was “immensely important to the Appalachian economy up to the 1860s,” Hutton said. As elsewhere, after the Emancipation Proclamation, it was the 14th Amendment that guaranteed freed slaves and their descendants citizenship, due process and equal rights under the law. (The latter notions became the subject of many important Supreme Court cases in the 20th century).

In the late 19th and early 20th century, many blacks left the region for the North.  Certain African American cultural contributions to the region were slowly erased, or at least obscured, as part of the effort to depict Appalachia as a “racially pure ethnic reservoir in the mountains,” noted Bruce Baker, author of “What Reconstruction Meant: Historical Memory in the American South.”

An example: the banjo.

“There’s the white hillbilly playing banjo — a racially pure, culturally-isolated relic,” Baker said. “But actually, the banjo is an African instrument, played by African Americans and probably brought on the railroads to the piedmont areas.”

Around the same time, Hungarians, Poles, Italians and others came to work in mining and on the railroads. In fact, many Appalachian coal companies “hired immigrants as scabs, playing them against the Scots-Irish miners,” Astor noted. The tension between these populations — all of whom were immigrants at one time or another — laid the foundation for certain contemporary attitudes.

“The whole fascination with racial purity [in Appalachia] begins in response to Eastern European, Southern European and Mediterranean immigrants of the 1890s showing up by the boatload,” Hutton said.

“They were considered inferior by WASPs, and the interest in Appalachia as the last bedrock of WASP purity grew,” he added.