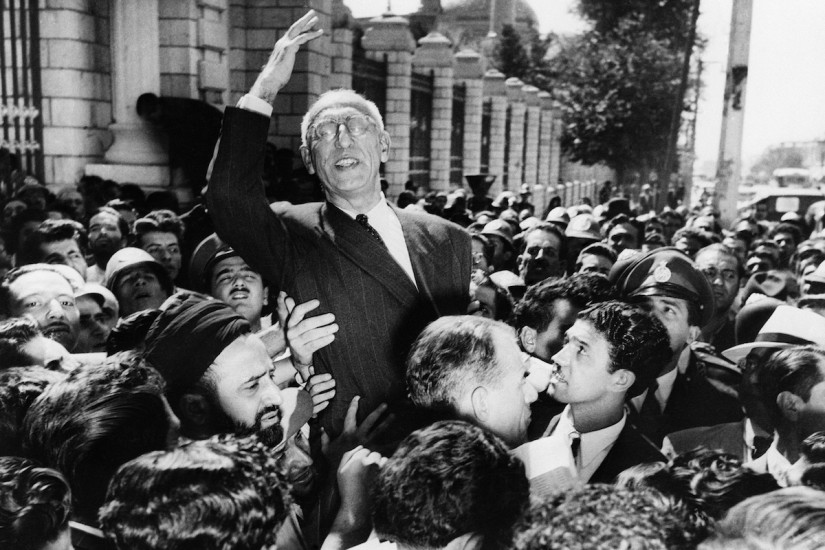 On July 19, 1953, the grandson of Theodore Roosevelt arrived in Tehran. Kermit, or “Kim” as his friends called him, had little of his grandfather’s famed swagger. Photographs of him from the time show a nearly forty-year-old bureaucrat with a high forehead and black glasses. Roosevelt was described by a colleague as “the last person you’d expect to be up to his neck in dirty tricks.” He was a soft-spoken man from an American family of the highest pedigree, with connections around the world and a good reputation. But his courteous demeanor belied the nature of his work; the aforementioned colleague was British double agent Kim Philby. Roosevelt himself was a career spy. He had come to Iran not as a tourist or a mere visitor. He had arrived, according to his later retelling of the ensuing events, by a circuitous route that took him from Beirut to Iraq and then to Iran under an alias: James Lockwood. Kermit Roosevelt was in Iran to overthrow a government.

What followed from his secretive entrance into the country has long been the stuff of foreign affairs legend, a turning point in history that demarcates a new path not just for the United States but also for Iran. Operation Ajax (or TPAJAX, as it was called in official documentation) was the first covert regime-change operation carried out by Central Intelligence Agency, then only six years old, and it very nearly failed. But in the end, under Roosevelt’s leadership, the CIA carried it off and deposed the popular and populist prime minister Mohammed Mossadegh, a democratically elected leader who sought to reverse decades of foreign influence and exploitation in his country. In so doing, he threatened British oil interests, which set him on a collision course with the world’s preeminent postwar powers. Those powers arrived in 1953, as Kermit Roosevelt began organizing the coup that would force Mossadegh from power and into house arrest.

But the story of Operation Ajax begins long before 1953.