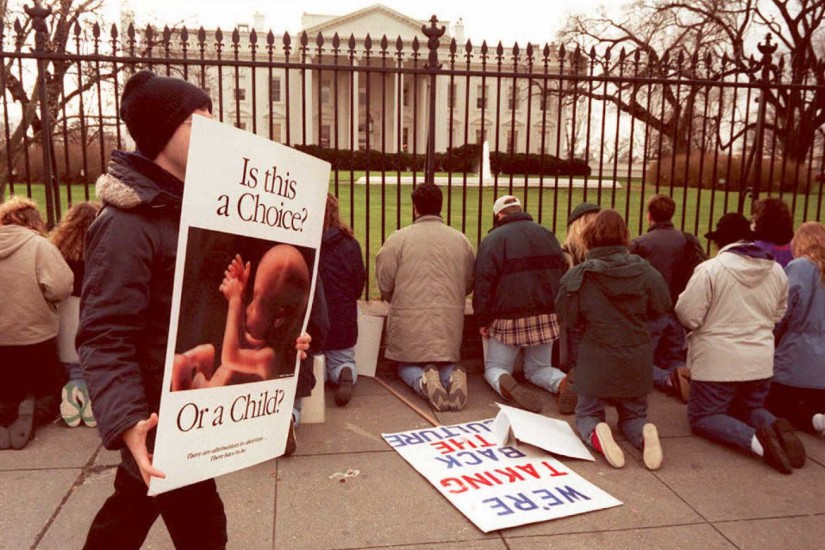 Abortion isn’t directly analogous to slavery. For one thing, it lacks the economic importance slavery had to the South. Yet striking similarities exist. Those who would outlaw abortion today are as convinced of the morality of their position as the abolitionists were of the morality of theirs. Compromise is equated with surrender to sin, just as it was for Garrison and his comrades.

Until recently, there was a crucial difference between the fight over slavery and that over abortion. Slavery was a sectional issue in a way abortion was not. Yet this is changing, as the South and central part of the country turn redder and the coasts more blue. The lessons of the 1850s become more pertinent than ever.

Having repealed Roe, opponents of abortion would be tempted to push for a further step: the restriction or outlawing of abortion nationwide. Just as Massachusetts abolitionists felt compelled to condemn slavery in Georgia, so anti-abortionists in Texas would feel conscience-bound to try to prevent abortions in California.

They might not succeed, but the effort alone would cause many Californians to ask themselves whether their liberties were safe any longer in a Union with such people. California’s economy would rank it fifth in the world if it were an independent country. Californians might conclude that they could stand on their own and vote to secede. Perhaps they would be joined by Washington and Oregon, adding Amazon, Microsoft and Nike to the economic heft of the Pacific republic.

What would happen then is anyone’s guess. Would the heartland fight to keep the left coast in the Union? Maybe not. It’s worth noting that when the South seceded in 1860-61, many Northerners, not all of them abolitionists, applauded its departure. Lincoln took the opposite view, but another president might have let the South go. In fact, another president did let the South go: James Buchanan stood by amid the first wave of secession.

But even if there were no war, the rending of the Union would have consequences only the boldest or most naive ought to contemplate with equanimity.