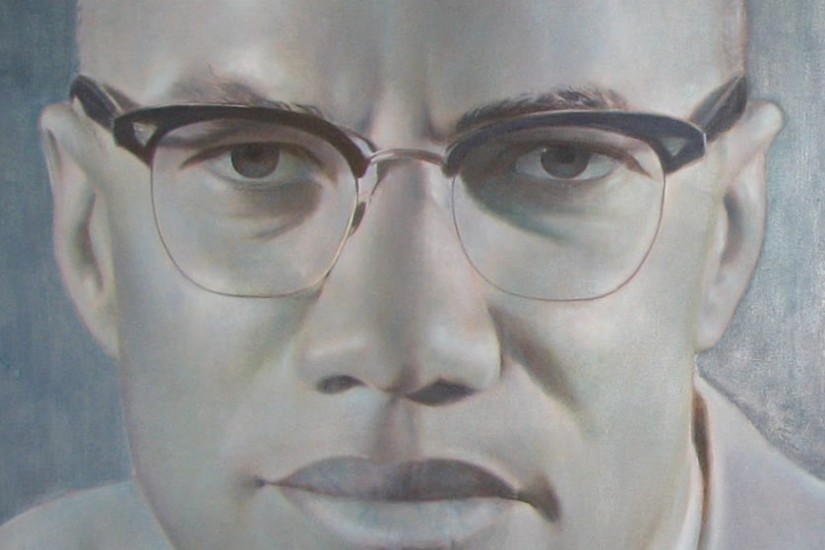 Portrait of Malcolm X by Robert Templeton, from the collection "Lest We Forget: Images of the Black Civil Rights Movement."
Wikimedia Commons
…

What significance does this revised understanding of Malcolm X and his autobiography have for social movements now?

By reanimating the autobiography’s original aim to tell the story of a people, not just a single person, the newly uncovered materials let the air out of the persistent myth that we should look—and, by implication, wait—for this generation’s King or Malcolm. This was always a convenient fiction, relying on the marginalization of women and grassroots activists. “The movement made Martin,” as Ella Baker pointed out, “rather than Martin making the movement.”

Indeed, today’s activists are mostly decentralized, group-centered, and hyper-local. They eschew—in many cases, outright discourage—cults of personality and dependence on a singular spokesperson. They have insisted that they are not leaderless, they are leader-full. Historian Barbara Ransby writes in her new book, Making All Black Lives Matter: Reimagining Freedom in the Twenty-First Century, that “this is the first time in the history of U.S. social movements that Black feminist politics have defined the frame for a multi-issue, Black-led mass struggle that did not primarily or exclusively focus on women.” Today’s activists are as likely to draw on Baker, Assata Shakur, Audre Lorde, and the Combahee River Collective as on Malcolm X.

Some students and activists still bemoan the absence of charismatic leaders, but the new materials emphasize how quickly autobiography shades into hagiography when we erase the collective political context. Malcolm X has come to look exceptional and distinct, disconnected from the political tradition handed down by his parents: his mother Louise wrote for the Universal Negro Improvement Association newspaper Negro World, and his father Earl was a Garveyite preacher. Properly contextualized, these new materials reconnect Malcolm to the intergenerational black nationalist tradition that he hoped his personal story might embody.

The rediscovered material reminds us that Malcolm sought a politics that was collective, and not solely reliant on his—or anyone’s—leadership. Just two months before his assassination, he introduced Hamer to a Harlem audience and pledged they would soon launch a massive voter registration drive to register black people as independents. “Policies change, and programs change, according to time,” he told a crowd that same day. “You might change your method of achieving the objective, but the objective never changes. Our objective is complete freedom, complete justice, complete equality, by any means necessary.”