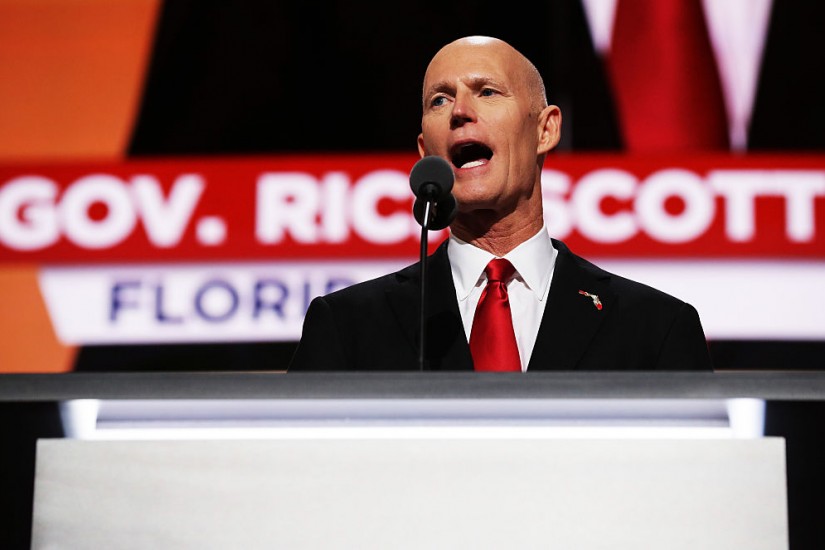 Rick Scott, Governor of Florida, was called on by many petitioners to exonerate the "Groveland Four" from the horrendous racial injustice of 1949.
Chip Somodevilla/Getty Images

In the summer of 1949, a 17-year-old white girl named Norma Padgett accused four black men of kidnapping her from a dark road in central Florida and then, in the back seat of their car, taking turns raping her.

Neighbors quietly doubted the girl’s version of events, and others speculated that the elaborate, detailed account was merely a coverup for the bruises she’d collected from her husband’s suspected beatings.

But this was the era of Jim Crow, in the middle of Lake County, where the local economy was sustained by orange groves that white men relied on black men to nurture.

Within days of Padgett’s accusations, three black men from the city of Groveland were in jail and a fourth, Ernest Thomas, was dead, shot and killed by an angry mob — led by McCall — who had chased him 200 miles into the Panhandle. In Groveland, black-owned homes were shot up and burned, sparking chaos so intense the governor eventually sent in the National Guard.

The saga of the men who became known as the “Groveland Four” has spanned nearly seven decades, tarnished the reputation of the town that endorsed it, inspired a revelatory, Pulitzer Prize-winning book and became the subject of an online petition demanding that Gov. Rick Scott formally exonerate all four.

After 68 years, and several previous failed attempts, the state of Florida has finally found the words that justice had been waiting on all this time: “We’re truly sorry.”