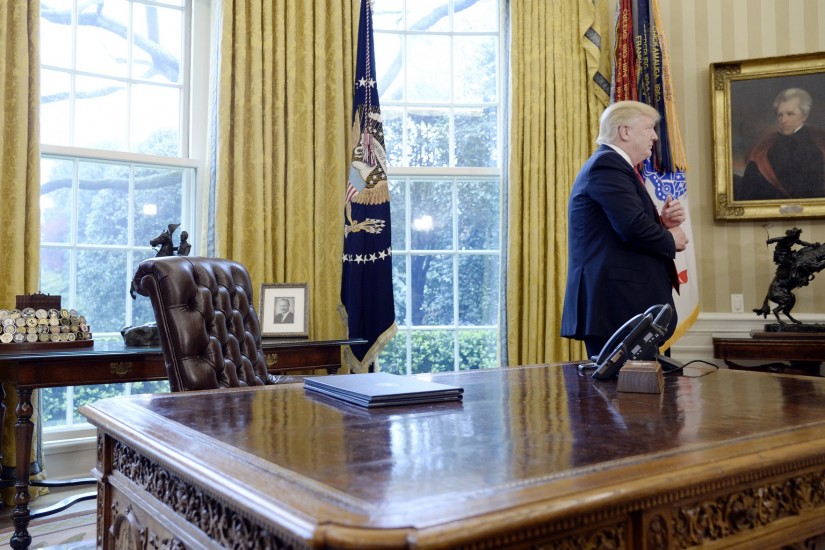 President-elect Donald Trump plans to display a letter he received years ago from former President Richard Nixon in his Oval Office, according to a new report.

Nixon sent the letter in December 1987 after his wife, former first lady Pat Nixon, watched Trump in a television interview, according to Politico.

“Dear Donald, I did not see the program but Mrs. Nixon told me that you were great on ‘The Donahue Show,’ ” Richard Nixon wrote in the personal correspondence dated Dec. 21, 1987.

“As you can imagine, she is an expert on politics and she predicts that whenever you decide to run for office you will be a winner!”
Trump reflected on Richard Nixon’s encouraging message in a Fox News interview last month.

“It was just amazing that he wrote it,” he said. Trump said he didn't know the former president well but at times received letters from him.
“It was very interesting,” Trump added of his relationship with America’s 37th president. "He always wanted me to run for office.”

During that interview on "The Donahue Show," Trump argued that the U.S. should receive compensation for providing other countries with military protection, according to Fox News.

Politico on Monday reported that Trump remains close with the Nixon family. Nixon's grandson, Christopher Nixon Cox, was purportedly a guest at Trump’s Mar-a-Lago resort in Florida during Thanksgiving.

Richard Nixon became the only president to resign from office, stepping down in 1974 because of the Watergate scandal. Nixon and his administration tried to cover up a break-in at the Democratic National Committee headquarters.

Carl Bernstein, a reporter who helped expose the Watergate cover-up, on Sunday said Trump is even more dishonest than Nixon.

“Trump lives and thrives in a fact-free environment,” he said on CNN’s “Reliable Sources." "Richard Nixon was nothing, in terms of lying, compared to what we have seen from Donald Trump."

View on The Hill
View Connections