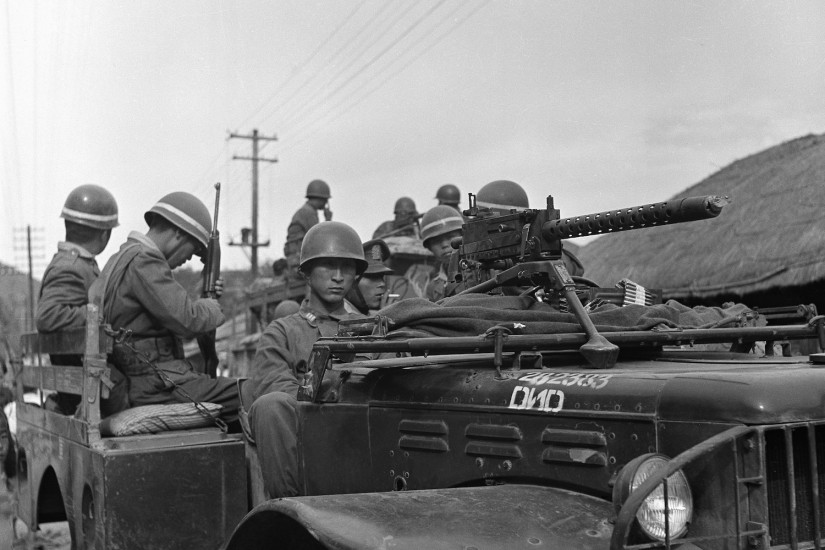 Scholars still debate why the Cold War stayed cold. Gaddis, like Orwell, emphasized nuclear weapons, which forced caution on the superpowers. Unwilling to gamble on all-out war, Washington and Moscow sought to contain, not destroy, each other, and they largely stuck to their own spheres of influence. They pressed frequently on the boundaries of those spheres, but just as often, they backed down from conflict.

That pattern can be seen clearly in the first true Cold War crisis in Europe, Joseph Stalin’s 1948 blockade of the Western-controlled parts of Berlin, a city located in the middle of the Soviet zone of occupied Germany. Harry Truman could have gone to war over this, but he didn’t. Instead, he responded with a creative workaround, a round-the-clock stream of planes that flew 2.3 million tons of supplies to the city’s sealed-off sectors. In a swaggering show of abundance, one squadron developed the habit of parachuting candy to Berlin’s overjoyed children. For his part, Stalin could have shot the planes down, but he didn’t. Instead, after 11 humiliating months and more than a quarter-million overflights, he reopened the roads. Not a single shot was fired.

But is Berlin a good stand-in for the entire Cold War? Perhaps not. Just as Stalin and Truman were facing off over that contested capital, a similar showdown was taking place nearly 5,000 miles away in Changchun, a prosperous provincial capital in Manchuria. As with Berlin, communist forces—this time under the leadership of Mao Zedong—controlled the zone around the city, but Changchun itself remained under the control of Chiang Kai-shek’s Guomindang government. As with Berlin, Mao closed the roads to the city.

Yet here this tale of two cities diverges. Mao didn’t expect Chiang to relinquish Changchun peacefully. Rather, the point of his five-month blockade was (as one of Mao’s generals put it) to “turn Changchun into a city of death.” The trapped, starved, and freezing residents started dying in the streets. “There were corpses everywhere,” recalled the general charged with defending the city. “It had become a living tomb.” The siege very likely killed more people than the bombing of Hiroshima did, with estimates between 120,000 and 200,000.

Many more people died in the campaign that followed. On the eve of his victory, Mao bragged to Stalin that his forces had killed more than 5 million since 1946, though between 2 million and 2.5 million killed on all sides seems like a sturdier number. But however many millions of people died, one thing was clear: The contrast between Berlin and Changchun—planes dropping candy versus corpses in the streets—represented a larger divide. The Cold War in Europe may have been a patient chess game, or a Long Peace. But in Asia, it was a bloodbath.

Paul Chamberlin’s eye-opening The Cold War’s Killing Fields offers us a precise, painful account of the Cold War as narrated from the Changchuns of the world rather than the Berlins. His focus is not on the capitals where grand strategies were spun, as in Gaddis’s telling, but on the blood-soaked locales where those strategies took their greatest toll.