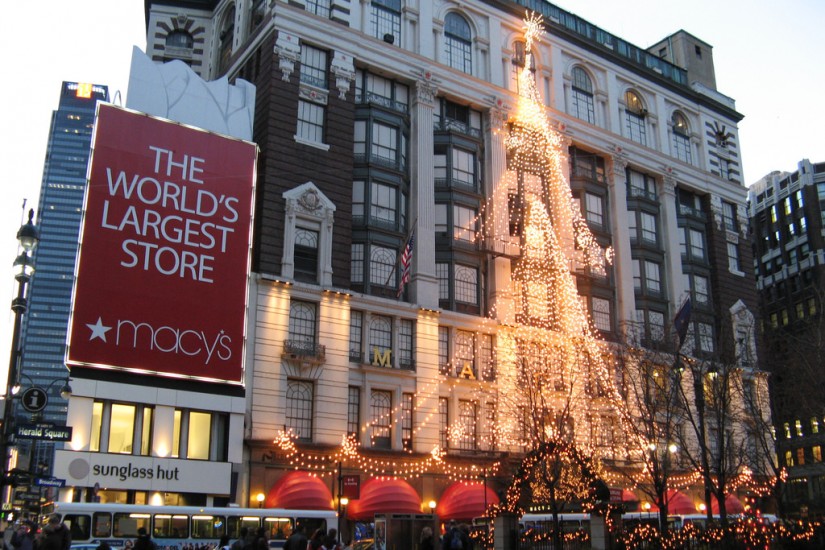 Department stores’ character as an active shaper of urban culture—and not just passive suppliers of families’ needs and wants—have made them rich topics of study. Well before the advent of cultural studies, scholars were taking note of their contribution to the changing role of women. On the buy side, it was apparently a rallying cry of 19th-century feminists that middle-class women should seize control of their household budgets. On the sell side, by around World War I, the vast majority of department store employees were women. Department stores changed women and women changed cities. You had to clean up your act and your storefront if you expected to attract hundreds of women shoppers every day.

Barth explains “The attention the department store devoted to its female customers changed the urban environment and made downtown streets attractive to women. Clean and orderly sidewalks became an extension of the store.” Again, private activity generated public goods, but in a social sense. At a time when scores of families were advancing up from poverty and assimilating into American society, department stores defined what it meant to be a member of the middle class. With the decline of department stores, retail has become more and more defined by Walmart, on the one hand, and, on the other, those places that sell $5,000 handbags. Department stores’ decline thus stands as evidence that America now is less of a middle-class nation than it once was.

But the department store is no way around the fact that such scale is the enemy of localism. If, like Jane Jacobs, you like small blocks and are opposed to single-use districts, then you would not have felt perfectly at home during the golden age of the department store. The larger a community gets, the harder it becomes to pull off self-government. Moreover, middle-class culture is mass culture. Early 20th-century intellectuals who derided the growing consumerism and homogenization of American society viewed department stores as important culprits.

In her 1916 work “Greenwich Village As It Is,” the poet Djuna Barnes scoffed “The greater part of New York is soulless as a department store.” For better or worse, a strong middle-class culture compels conformity. That scholars are now able to generalize about “the modern department store” speaks to how much stores in different cities had in common in terms of their operations and products. (Otherwise, department store history would be confined to so many unrelated histories of individual stores.) The peak department-store era was antithetical to true localism to the degree that it promoted mass culture. Another lesson here may be that strengthening the middle class and strengthening localism are not only not the same thing, they probably stand in tension with one another, at least as far as things go in a massive nation-state like America.