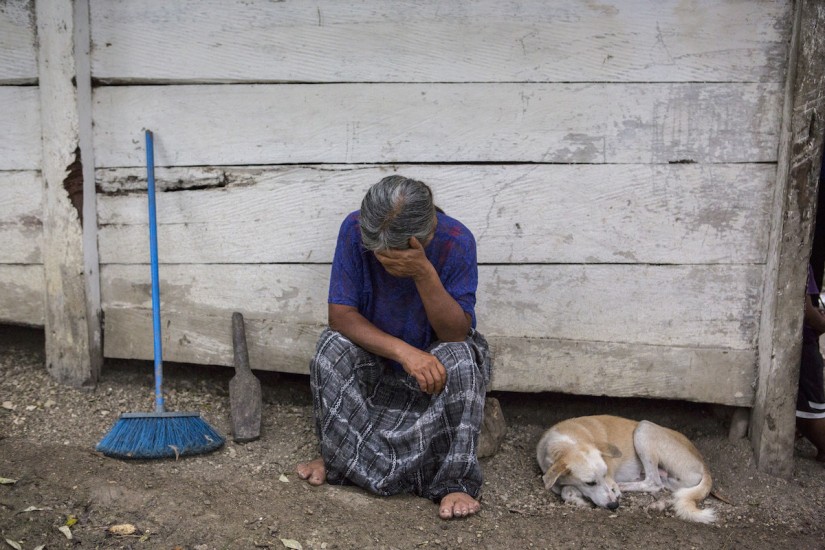 Her full name was Jakelin Amei Rosmery Caal Maquín, and she was from Guatemala. She turned 7 days before her death on December 8 from septic shock and cardiac arrest in the custody of the US Border Patrol. As public outrage mounts over reports of negligence on the part of the Border Patrol in delaying medical care for the child, Homeland Security Secretary Kirstjen Nielsen blamed Jakelin’s family for their choice to “cross illegally.”

Jakelin was Q’eqchi’-Maya, from the Guatemalan town of Raxruhá, in northern Alta Verapaz. Here, as in much of rural Guatemala, Maya communities have struggled for over a century to remain on their lands. For much of that time, US governments intervened on the wrong side of those struggles. The result was a vortex of violent displacement that continues to this day.

At the beginning of the 1900s, Q’eqchi’-Mayas lived mostly in Guatemala’s lush, fertile northern highlands. But during the 20th century, many were pushed out. First, coffee planters, who were members of Guatemala’s colonial and military elite, as well as new European and North American investors, dispossessed them of their lands through violence and legal chicanery. When Q’eqchi’ villagers tried to fight back, they were killed or exiled.

The CIA-orchestrated 1954 coup against a democratically elected president, Jacobo Arbenz, was a turning point in the Q’eqchi’ region. An ambitious land reform, which had widespread beneficial effects in Alta Verapaz, was reversed, and poor Q’eqchi’s began a great migration—fleeing political repression and hunger—to the lowlands, either east toward the Caribbean or north into the Petén rainforest. Raxruhá, Jakelin’s home town, was founded in the 1970s by these internal migrants.

Caal and Maquín are common surnames among the Q’eqchi’, with strong historical resonance. Adelina Caal Maquin, also known as Mama Maquín, is an icon of political struggle in Guatemala. Like Jakelin, Adelina was a refugee, having fled her mountain village after the 1954 coup for the lowland town of Panzós, where she became a leader in the fight against land evictions. On May 29, 1978, she was murdered along with scores of other protesters. The Panzós Massacre kicked off a brutal period of violence: over the next few years, the US-backed Guatemalan military murdered over 100,000 Mayas. The military especially targeted Q’eqchi’ communities for massacres, and then rounded up the survivors into military-controlled model villages. A women’s refugee organization honored Mama Maquín by adopting her name for its organization.