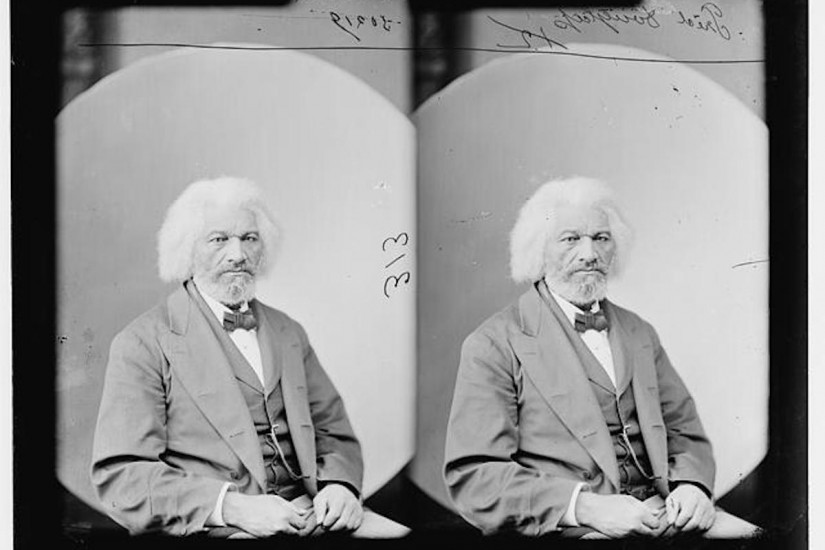 MH: In a way, that seems like the ideal source.

DB: Oh, no. No. They are deeply problematic.

DB: They’re great sources. We have to use them. He reveals a lot in there, but he also leaves a great number of things unsaid. He almost never mentions his children in the autobiographies, for instance. There is one—count it, one—mention of Anna Murray Douglass, his wife of 44 years. He just does not discuss the domestic side of his life in the autobiographies. Now, that’s not terribly surprising. A 19th-century memoir was not a tell-all. And what Douglass is doing in his autobiographies is telling the story of one hero, himself.

MH: He’s crafting the story of his life.

DB: He’s crafting a character, and the main character is him. And nobody gets into that circle around the character unless it serves the ascendance of the character. Now, one can say all of that, and it can sound kind of negative and critical. On the other hand, it’s understandable.

This is a man who built a family and built a home and was vehement about that idea of home. He says it many, many times in many places, because, of course, he grew up without a home. He grew up with no sense of home whatsoever and no sense of family. And one can psychologize a lot about this, and a couple times I have psychologized, though without applying any direct or instrumental use of theory. I have reflected in the book here and there on just how much Douglass was desperate for stability, for home, for family, and to sustain those relationships, but also how much Douglass lived with, for a very long time in his life—I might even suggest, forever in his life—the traumas and the damages that slavery had done to him.

It’s clear to me, absolutely clear to me, that Douglass came out of slavery with a deep rage, a deep anger against slaveholders, against slavery, against all of the elements of brutal unfairness, brutal denial, psychological denial even more than physical denial, that slavery had wreaked upon him. And he had deep in his mind and his heart—I can’t prove this except to show you the language—he had a deep need for revenge.