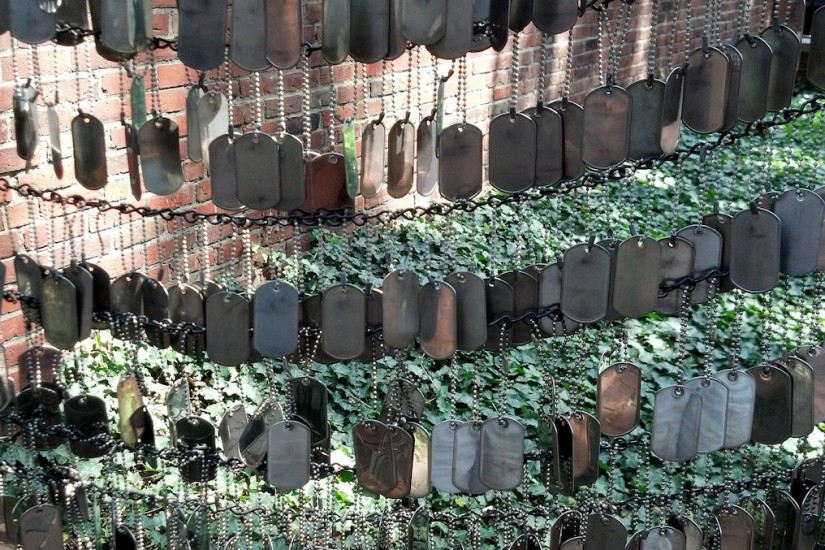 A memorial to an endless war is an interesting prospect. It’s been said that war is a phenomenon like other inevitable, destructive forces in nature—fires, hurricanes—although war is, of course, a part of human nature. Perhaps for the right artist, it will be an opportunity to make the truest war memorial possible, a monument to this fault in our nature.

If I had my way, I would get rid of all the war memorials and combine them into a single black wall of reflective granite, like Maya Lin’s design for the Vietnam Veterans Memorial. I’d place the wall around the Reflecting Pool, beneath the long shadows of the Washington Monument and Lincoln Memorial, the wall descending into the earth like something out of Dante. Etched into the wall would be names, and the very first would be Crispus Attucks, a black freeman shot dead by redcoats at the Boston Massacre, not far from the Old North Church. From there the wall would slope downward, each death taking it deeper into the earth, the angle of its descent defined by 1.3 million names, our nation’s cumulative war dead.

The wall itself would be endless. When a new war began, we wouldn’t erect a new monument. We wouldn’t have debates about real estate on the Mall. Instead we’d continue our descent. (If there’s one thing you learn in the military, it’s how to dig into the earth.) Deeper and deeper our wars would take us. To remember the fresh dead, we would have to walk past all the ones who came before. The human cost would be forever displayed in one monumental place, as opposed to scattered disconnectedly across the Mall.

The memorial would have a real-world function, too: Imagine if Congress passed legislation ensuring that every time a president signed a troop deployment order, he or she would have to descend into this pit. There, beside the very last name—the person most recently killed in defense of this country or its interests—there would be a special pen, nothing fancy, but this pen would be the only pen by law that could sign such an order.