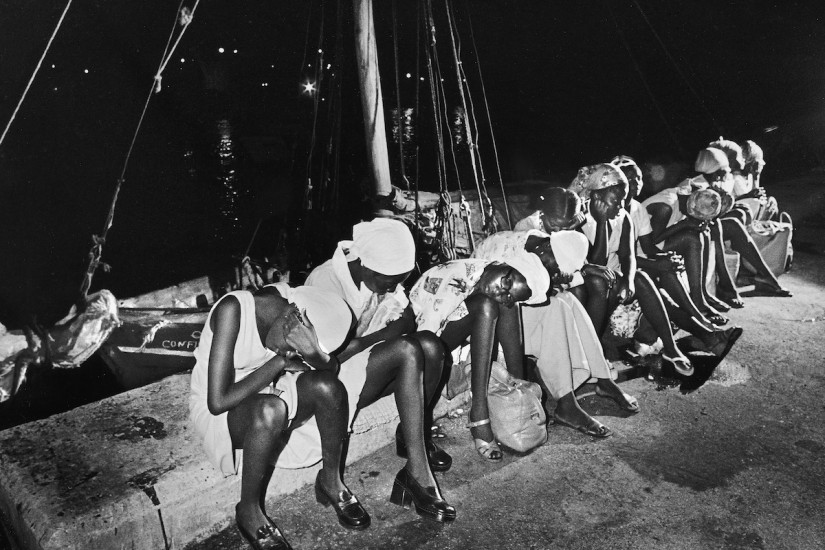 While Trump administration officials and a majority of Supreme Court justices appear to agree on the legality and necessity of mass detention for immigrants, six decades ago Supreme Court Justice Tom C. Clark was celebrating just the opposite, pointing to the limited use of immigration detention in the United States as something that “reflects humane qualities of an enlightened civilization.”

So how did the United States transform from a country that rejected immigrant detention on the grounds that it was unnecessary and inhumane into one that imprisons more than 400,000 people every year for immigration-related violations and can legally detain individuals indefinitely?

The answer takes us, perhaps surprisingly, to Haiti. An influx of Haitian immigrants four decades ago resulted in racist and xenophobic opposition at the state and local level, which contributed to a national policy reversal in 1981. Detention became a way to send a message to Haitians that they were unwelcome in the United States. And this criminalization of immigration has since expanded to all potential migrants. Immigration rights advocates don’t just face the challenge of Trump building a wall; they confront a vast, racialized carceral state.

Through the first half of the 20th century, the United States routinely detained migrants seeking to enter the country. But in postwar America, most officials did not regard unauthorized migration as a major threat to the nation. From 1954 to 1981 the United States maintained a policy of “parole” rather than detention, whereby only those judged to be a danger to public safety or health or deemed a flight risk were detained.

These ideas began to change in the mid-1970s, and policy did, too.

Beginning in December 1972, a stream of Haitian “boat people” fled the brutal Duvalier dictatorship in Haiti for the United States. While oppressive, the Haitian regime was an anti-communist ally that the U.S. government did not want to alienate. When state and local officials began to protest the arrival of these overwhelmingly poor and black migrants, the U.S. government classified them as economic migrants rather than as refugees, making them ineligible to receive asylum and remain in the United States. And to deter future asylum seekers from Haiti, the government placed the Haitians in a hastily-assembled network of detention centers, jails and prisons.

A Caribbean refugee crisis in the summer of 1980 further intensified U.S. officials’ fears of being overwhelmed by asylum seekers. In response to the arrival of more than 100,000 Cuban and approximately 15,000 Haitian asylum seekers, the Carter administration established a number of detention camps to hold the newcomers while they were processed. Most of the Cuban detainees were soon freed from detention to join family and sponsors already in the United States. But the many Haitians who did not have such an established community or were denied authorization to be in the country remained in detention.