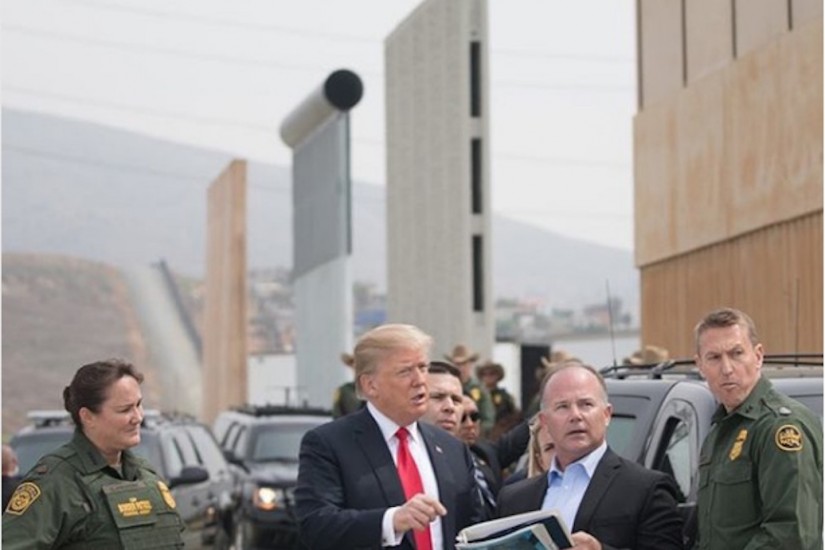 The border wall is unambiguously intended to keep Mexicans out of America. But if Trump wants to stem migration from Mexico, he should also consider keeping Americans out of Mexico.

I’m not thinking of the American retirees, honeymooners or spring-breakers who visit Mexico every year, although these folks undeniably number in the millions. I’m thinking instead of the far more powerful representatives of American business, government and philanthropy who have played a pivotal role in transforming Mexico during the past century, particularly by decimating Mexico’s rural economy — and thereby doing a great deal to stimulate emigration to the United States.

Trump’s plan for the wall has said nothing about this southbound traffic. Yet, as more than 100 years of history reveals, that American involvement in Mexico has played a vital role in spurring northward migration.

In the late 1800s, profit-seeking U.S. businessmen swarmed into Mexico, welcomed by the pro-American dictator Porfirio Díaz. U.S. investors bought up plantations, ranches, oil fields and railroads, and by the turn of the 20th century, they controlled vast swaths of the Mexican economy. Such American domination sowed bitterness among Mexicans and ultimately helped spark the Mexican Revolution of 1910-1917.

That sweeping revolt, which overthrew the Díaz regime and sent many U.S. businessmen home, uncorked a violent social revolution that would claim countless lives. Hundreds of thousands of Mexicans fled north to escape the revolution’s bloodshed in the first major wave of Mexican migration to the United States, and they were welcomed with open arms by southwestern U.S. agribusinesses eager for cheap labor. As a result, Mexicans were legally exempted from U.S. immigration quotas until the 1960s.

During World War II, the U.S. government itself began to recruit Mexican workers to fill agricultural jobs vacated by Americans serving the war effort. The so-called “bracero” (manual laborer) program, a partnership between the U.S. and Mexican governments that began in 1942, transported hundreds of thousands of Mexican men during the war years to work seasonally in states such as California and Texas.

Enormously popular with American agribusiness, the bracero program was extended after the war. By the time it was dismantled in 1964, the program had issued nearly 5 million work contracts to Mexican men. It had also fostered a culture of seasonal migration that continued after the program’s end, even if that migration was no longer legally sanctioned.