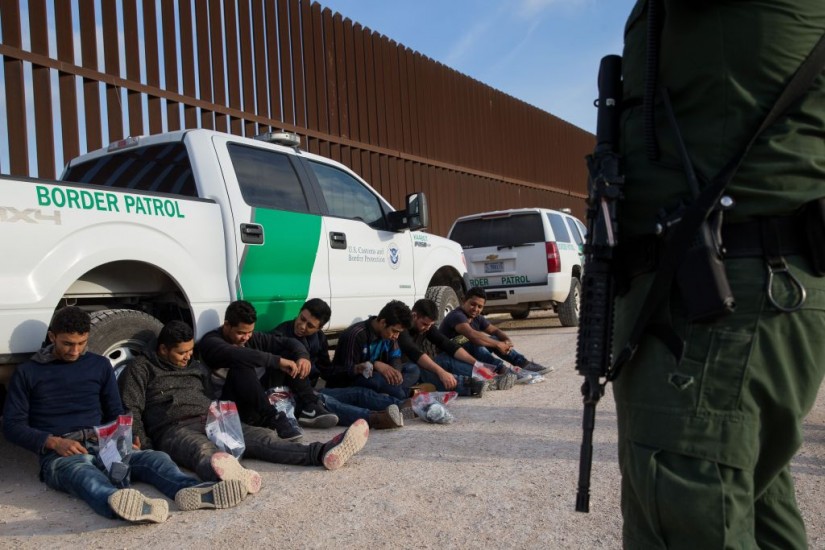 After being apprehended by Border Patrol, undocumented immigrants wait to be transported to a central processing center shortly after they crossed the border near McAllen, Texas on March 26, 2018.
Loren Elliott/AFP/Getty Images

In addiction recovery, one of the first steps is admitting that there is a problem.

In the United States, we have a problem: we are addicted to the labor of undocumented immigrants. And yes, that’s “we” as in all of us: rich and poor; white and brown; Democrats and Republicans, you and me.

Most Americans, from progressive immigrant-rights advocates to staunch supporters of the president’s border wall, agree that our immigration system is broken and that undocumented immigration has many costs for American society. In addition to the fact that the United States now has a population of approximately 10.7 million undocumented people who live in the shadows, Americans have also witnessed an ever-growing number of deaths along the border and the more recent spectacle of incarcerated migrant children.

Yet we are also clearly in denial about our role in this addiction. It’s tempting to believe the problem is not our fault: after all, the vast majority of us don’t own a golf club with undocumented housekeepers on our staff. Indeed, most Americans don’t employ any domestic labor at all. But we all participate in — and profit from — an economy that relies on undocumented labor. From the food we eat to the hotels we stay at to the built environment that surrounds us, almost no American goes a day without benefiting from the labor of undocumented immigrants.

The roots of our addiction can be traced to the early 1920s, when Americans began to rely on immigrants from Mexico to replace the European and Asian immigrants who had been barred from entry into the United States by new quota laws. During the Depression, however, the need for immigrant labor diminished, and Mexicans were rounded up and deported en masse during the repatriation drives of 1929-1936.