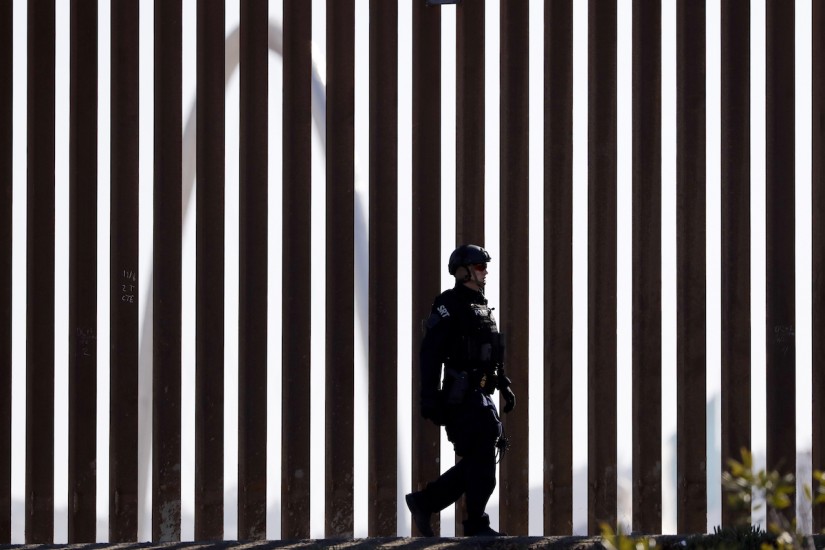 As far as I can tell, the first use of the word “wall” to describe an effort to close off the border came with the tumultuous Mexican Revolution. “American troops,” announced the Department of War in March 1911 during Taft’s presidency, “have been sent to form a solid military wall along the Rio Grande.” Yes, Donald Trump was not the first to deploy the U.S. Army to the border. Twenty thousand soldiers, a large percentage of that military at the time, along with thousands of state militia volunteers, were dispatched to stop the movement of arms and men not out of, but into Mexico, in an effort to cut off supplies to revolutionary forces. Such a “wall” would “prove an object lesson to the world,” claimed the Department of War. The point: to reassure European investors in Mexico that the U.S. had the situation south of the border under control. “The revolution in the republic to the south must end” was the lesson that the soldiers were dispatched to teach.

The revolution, however, raged on and borderland oil companies like Texaco began building their own private border walls to protect their holdings. Then, in April 1917, the month the United States entered World War I, President Woodrow Wilson signed into law a set of sweeping constraints on immigration generally, including literacy tests, entrance taxes, and quota restrictions. From that point on, the border sharpened -- literally, as lengths of barbed wire were stretched ever further on either side of port-of-entry customs houses.

What follows is a chronology of both the physical fortification of the U.S.-Mexico boundary and the psychic investment in such a fortification -- the fantasy, chased by both Democrats and Republicans for more than half a century, that with enough funds, technology, cement, steel, razor ribbon, barbed wire, and personnel, the border could be sealed. This timeline illustrates how some of the most outward-looking presidents, men who insisted that the prosperity of the nation was inseparable from the prosperity of the world, also presided over the erection of a deadly run of border barriers, be they called fences or walls, that would come to separate the United States from Mexico.

1945: The first significant physical barrier, a chain-link fence about five miles long and 10 feet high, went up along the Mexican border near Calexico, California. Its posts and wire mesh were recycled from California’s Crystal City Internment Camp, which had been used during World War II to hold Japanese-Americans.

1968: Richard Nixon’s “southern strategy” famously played to the resentments of white southern Democrats who opposed civil rights. As it turned out, though, the president had another southern strategy in mind as well, a “border strategy.”