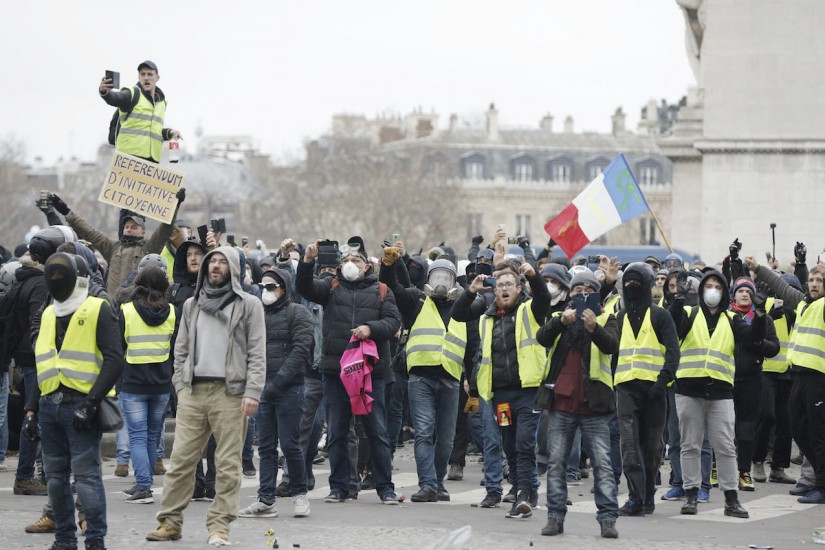 Whether or not Mounk’s data hold up, he is hardly alone in raising the warning flags for liberal democracy. Political theorist William Galston, a domestic-policy adviser to Bill Clinton during his presidency, does likewise in his concise and pointed Anti-Pluralism, which echoes many of Mounk’s arguments. During the past 25 years, Galston writes, partisans of liberal democracy have moved from “triumphalism to near despair,” as elites have grown skeptical of the need for popular consent and “populist movements” have erupted to express their opposition.

Like Mounk, Galston attributes the present dangers to the faltering of economic growth and to the “waves” (this appears to be the metaphor of choice these days) of immigration that have washed over Europe and the United States. Like Mounk, he focuses on how liberal democracies can be “deformed” by demagoguery on the one side and elitism on the other, and he remains committed to resuscitating the liberal-democratic way. Yet Galston seems even more worried about the threat that populism represents, and he writes about it almost in the language of contagion. Populism, he insists, is tribal: It feeds on feelings of economic and cultural vulnerability and thrives on binary and simplistic portraits of the world (“us” versus “them,” the “people” versus the “elites”). It draws strength from the “incompleteness of life in liberal societies” and attacks vital norms, pluralism chief among them. An “antidote” must therefore be found, preferably in what Galston calls liberal democracy’s “capacity for reinvention.”

For all their fretting and concern, however, neither Galston nor Mounk offers a compelling definition of populism or explains why the term is a useful rubric for the political discontent that has grown so powerful in recent years. Nor does either give us much of a sense of where populism comes from, whether it has a meaningful history, or whether a deeper historical perspective would serve our understanding better.

For both writers, those designated as populists can be disposed to immigrant-bashing and to various forms of nationalism and anti-elitism; and the word “populism” seems most useful as a demeaning and uninterrogated epithet that Galston and Mounk have embraced to express their own hostility to liberal democracy’s apparent enemies. So far as they can see, both populism and the crisis of liberal democracy are of relatively recent vintage—products of the end of the post–World War II boom, or the end of the Cold War, or the rise of terrorism and terrorism-related warfare. It is a perspective that offers some comfort in these volatile and unpredictable times: The shallower and more peculiar the roots of this noxious growth, the fewer the obstacles to plucking them out.