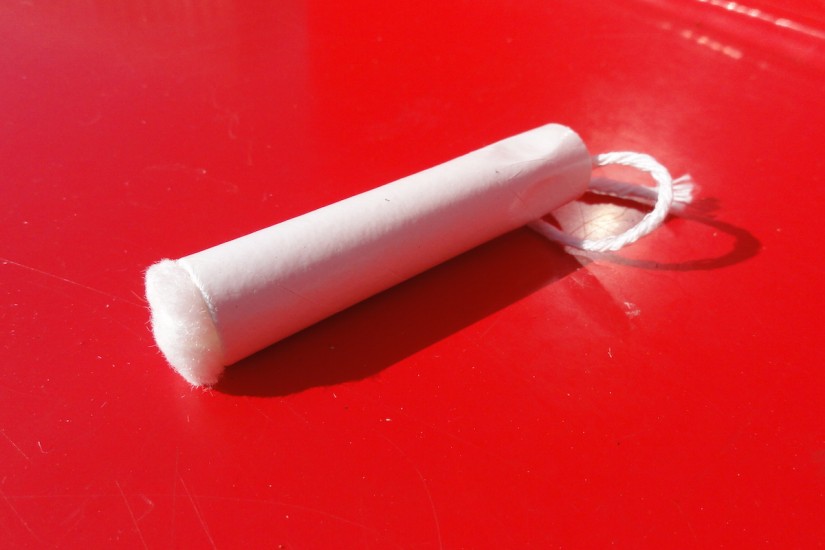 Tampax arrived on shelves in the mid-1930s—and was one of the great game-changers in 20th-century periods. “For many people, there was a lot of discomfort with the idea of women touching themselves in any way in their vaginal or labia area, especially young girls,” says Sharra Vostral, the author of Under Wraps: A History of Menstrual Hygiene Technology. “A lot of people argued that [tampon use] was not only inappropriate because it might break the hymen, but it might be also pleasurable and might be a way for girls to experience orgasmic pleasure.” Tampax’s telescoping applicator made it possible to insert a tampon without the dreaded self-touching—though it didn’t do much to assuage fears of accidental virginity loss, which, despite evidence that the hymen doesn’t necessarily break as a result of sex or tampon use, still persist in some parts of the world today.

Especially in the United States, the spike in women’s physical activity during World War II made tampons a staple of the American menstrual period. Tampax, available for 35 cents and often delivered by mail, came in discreet, plain paper-wrapped boxes of 10, and it had imitators within a year of its debut.

The Tampax model didn’t immediately eclipse other tampon designs. In 1942, Schultz writes, a survey found that 37 percent of tampon users still used homemade remedies, like strips of doctor’s-office cotton or cut-up store-bought sponges. Frequently, these DIY solutions were employed by women with active lifestyles (like dancers) and, as Friedman points out, women in “dubious professions” of the era like acting, modeling, prostitution—and sports. But in 1945, the magazine Consumer Reports noted that while tampons still were only a fraction as popular as pads, “there can be no question about [the tampon’s] rapid growth, as more women take advantage of the greater comfort of internally worn protection.” Indeed, sales of tampons had increased by five times from 1937 to 1943. One survey taken in 1940 and 1944 found approximately one-quarter of women regularly used them.

Shortly after, in 1945, The Journal of the American Medical Association published its first substantial research on tampons. Some of the newly popular applicator tampons were made of absorbent cotton, explained the study author Robert L. Dickinson, while one was made from cotton linters, and one was crepe paper held together with a net of threads. All had a strand of waterproof string and “a light inserter for placement at any depth by means of a cardboard tube.” In Germany, around the same time, the gynecologist Judith Esser-Mittag was developing a digital (that is to say, non-applicator) tampon that would come to be called the O.B. tampon—and it would go on to enjoy massive popularity in many parts of the world.
…
View on The Atlantic
View Connections