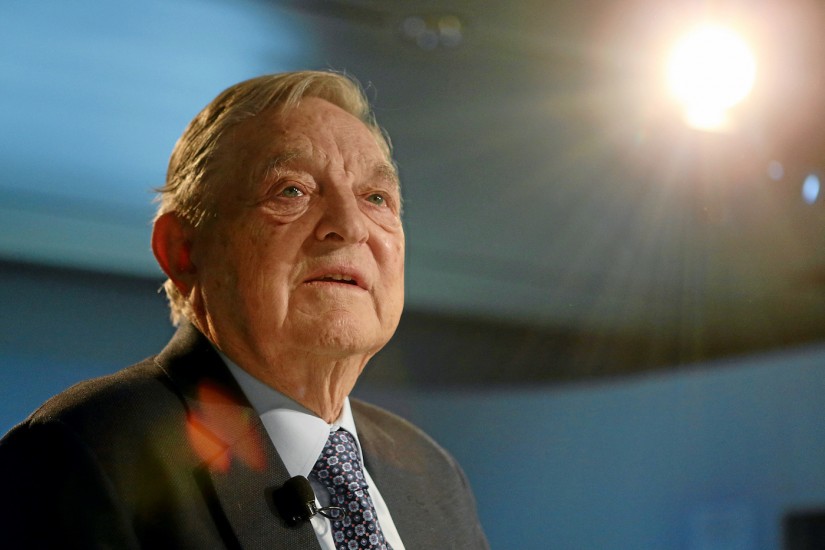 George Soros at the Annual Meeting of the World Economic Forum in Davos, Switzerland, on January 26, 2013.
flickr.com/worldeconomicforum
…

Birnbaum — a political consultant who has worked in the US, Israel, Hungary, and across the Balkans — had agreed to talk for the first time about his role in the creation of the Soros bogeyman, which ended up unleashing a global wave of anti-Semitic attacks on the billionaire investor. But he also wanted to defend his work, and that of his former mentor and friend, Arthur Finkelstein.

George Eli Birnbaum was born in 1970 in Los Angeles, where his family moved after fleeing Nazi Germany. His grandfather was shot by the Nazis in front of his son, Birnbaum’s father, who later survived Auschwitz. Anti-Semitism followed the family as they moved to Atlanta, where Birnbaum grew up, and where the Jewish school he attended was often defaced with anti-Semitic slurs. It left a mark.

In an era when many American Jews drifted away from their specific identity, Birnbaum wasn’t allowed to forget it. Every weekend his father handed him the Jerusalem Post.

“First you learn what’s going on with the Jewish people in the world, then you can worry about the rest of the world,” Birnbaum remembered his father saying. He grew up believing that only a strong nation, the state of Israel, could protect the Jews from a second Holocaust.

All of which makes it bizarre that Birnbaum and Finkelstein’s ideas spawned a new wave of anti-Semitism, and that they did so in the service of an authoritarian leader, Hungarian Prime Minister Viktor Orbán, reviled around the world for his far-right views. The two men took all the arguments against Soros, from East and West, from left and right, and fused them together. Two American Jews, one a towering figure in US politics, helped create a monster.

Birnbaum doesn’t appreciate the irony, but there is little doubt he played a crucial role in the weaponizing of anti-Semitism.

And he did it by putting Soros on the chopping block.

Starting in 2008, Birnbaum and Finkelstein worked in secret to get Orbán elected. Their victory in Hungary — away from the intense political scrutiny of Western Europe — showed that constructing an external enemy could bring electoral success in the modern era. It allowed Hungary to give birth to “Trump before Trump,” as Steve Bannon said.

Birnbaum and Finkelstein’s work has provided a new model for attack politics in this era of global division. They designed a master plan for exploiting these divisions that has worked in many different countries and contexts, and helped create a Jewish enemy that the far right has exploited to devastating effect. In 2016, when Trump ran his final TV ad ahead of the election, it came as no surprise that Soros was featured as a member of “global special interests” who don’t have “your good in mind.”