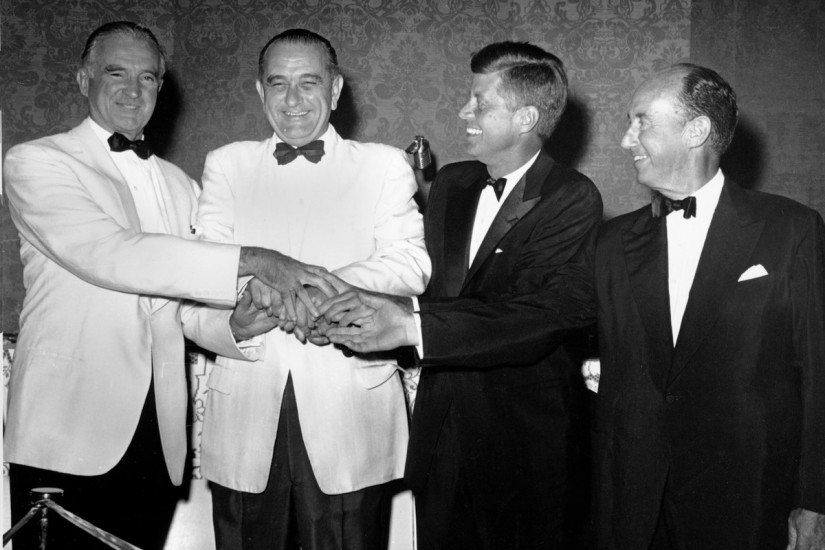 1960: Soviets get nowhere with Adlai

Twenty years later, the world was a different place. The Nazis had been defeated, but the Soviet Union had emerged as a new global rival to democracy. With the Cold War about to escalate, the Soviets made their own attempt to influence U.S. presidential politics.

This time, the Republican side of the race was already decided. Two-term Vice President Richard Nixon, a vocal anti-communist, was essentially unopposed.

The Democratic nomination was a different story. Massachusetts Sen. John F. Kennedy was the liberal favorite, but the entrance of Texas Sen. Lyndon B. Johnson – the powerful Senate majority leader – split party loyalists.

The Soviets, however, attempted to intervene on behalf of another prominent Democrat: Adlai Stevenson, the former governor of Illinois and two-time defeated presidential nominee in 1952 and 1956.

Stevenson had lost both races by crushing margins to war hero Dwight D. Eisenhower, and in the latter race he scandalized public opinion by calling for a halt to hydrogen bomb testing. Though a treaty banning all but underground nuclear tests would be signed in 1963, Stevenson’s position was seen as being soft on defense – and communism.

In early 1960, the Soviets decided Stevenson was their chosen candidate for the upcoming election, although he had given no indication he was intending to run. In January, the Soviet ambassador, Mikhail A. Menshikov, invited Stevenson to a meeting at the Soviet embassy.

After champagne and caviar, Menshikov presented Stevenson with a stunning message from Soviet Premier Nikita Khrushchev.

Khrushchev, Menshikov reported, was impressed with Stevenson during their past interactions, particularly during the Soviet leader’s famous visit to the United States in 1959. Even before that, during a 1958 conversation, Khrushchev had told Stevenson that he “voted” for him “in his heart.” Now, Khrushchev hoped to back his feelings with concrete action.

Menshikov suggested that the Soviets might help Stevenson’s campaign using the media.

Stevenson rejected the offer out of hand.

He told the ambassador the offer was “highly improper, indiscreet and dangerous to all concerned.” He recorded an account of the conversation days later and never spoke of it publicly.

The strange episode only came to light in 1977 when Stevenson’s biographer discovered his memorandum detailing the conversation.