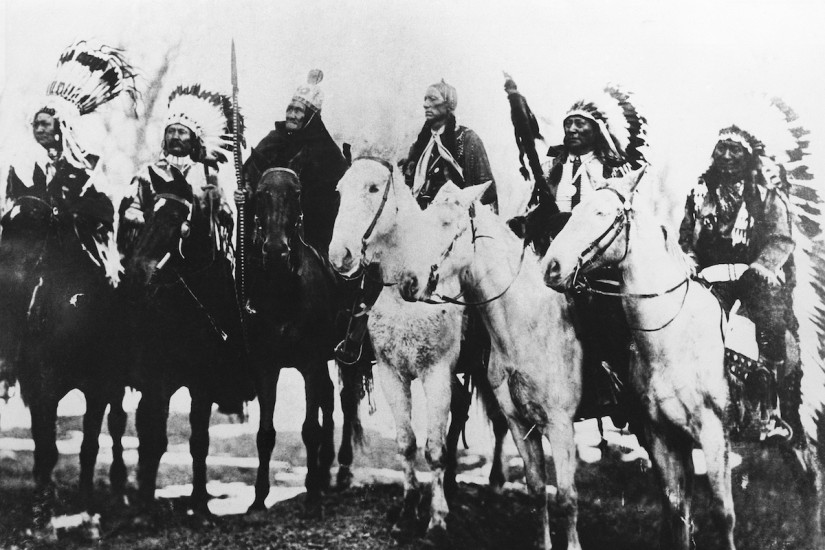 A gathering of Indian chiefs before the inaugural parade of President Theodore Roosevelt in Ignacio, Colorado, March 4, 1905.
AP Photo

How did human beings first come to North America? Across the Bering Strait, on foot? Down the “kelp highway” by boat? Across the Atlantic via the polar ice cap? And when did they reach here? 10,000 years ago? 40,000? Or were they always here, as the Navajo and other Native American tribes believe? In his new book, Atlas Of A Lost World, author Craig Childs sets off to test these different theories on the ground, traveling from Alaska to Chile, Canada to Florida. What he finds, despite the best efforts of archaeologists and the latest technology, still remains in many ways a mystery.

Speaking from his home in Colorado, he explains why many Native Americans reject the idea that their ancestors migrated from somewhere else; how an archaeologist nicknamed Dr. Poop believes he has identified the first human excrement in America; and why diversity seems to have been built into America’s DNA.

Let’s cut straight to the chase: when did humans first arrive in North America?

The first arrivals keep getting older and older because we’re finding more evidence as time goes on. Right now we can solidly say that people were across the Americas by 15,000 years ago. But that means people were probably already well in place by then; and there’s enough evidence to suggest humans were widespread 20,000 years ago. There’s some evidence of people as far back as 30,000 to 40,000 years ago, but the evidence gets thinner and thinner the further back you go. It appears there’s not a single arrival date. No doubt there was a first person walking in, but when that happened is well before 20,000 years ago.

The solid dates of 15,000 are based on sites where you can find fire pits, burned bones and work stones that have been turned into scrapers and hammers and spear points. When you go back further, you’re finding mammoths that have been shattered open in a way that’s characteristic of humans. Then you start getting into these questions of what really counts as a sign of human presence, and what is just a trampled mammoth bonethat happens to look like it was struck by a human with a rock.