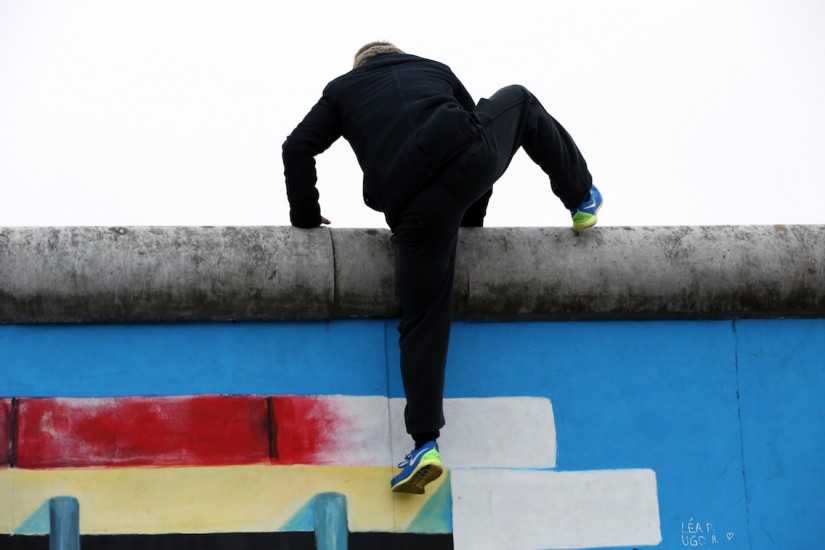 A performer climbs atop the Berlin Wall during the 25th anniversary of its fall.
Adam Berry/Getty Images

It was a scene straight out of the 1950s, but the year was 2017. Travis Allen, a Republican from southern California, took to the floor of the state assembly on 8 May to denounce communism. “To allow subversives and avowed communists to now work for the state of California,” he railed, “is a direct insult to the people of California who pay for that government.”

Allen was speaking out against a move to remove language from the California code that that bars members of the Communist party from holding government jobs in the state.

Anti-communist language remains on the books in several states, and in California, at least, it’s not going anywhere. After facing backlash from Republicans, veterans and the Vietnamese American community, the bill’s sponsor, the Democratic assemblyman Rob Bonta, announced last week that he would not move forward with the bill.

“I’ve been called a commie. I’ve been told to go back to China. I’ve had death threats,” Bonta told the Guardian. He described as “ironic and curious” the fact that one of his Republican opponents was “wrapping himself in the flag” while “supporting a law that blatantly violates our first amendment rights”, but said he respected the emotions that the issue had raised for refugees from communist regimes.

With intrigue about Russia driving the daily news cycle, cold war sentiments are bubbling up again, despite the fact that our erstwhile adversary is decidedly capitalist these days. It’s a marked reversal from just a year ago, when an astonishing number of Americans embraced the candidacy of a self-identified socialist, and a reminder of how deep anti-communist suspicion runs through the American psyche.