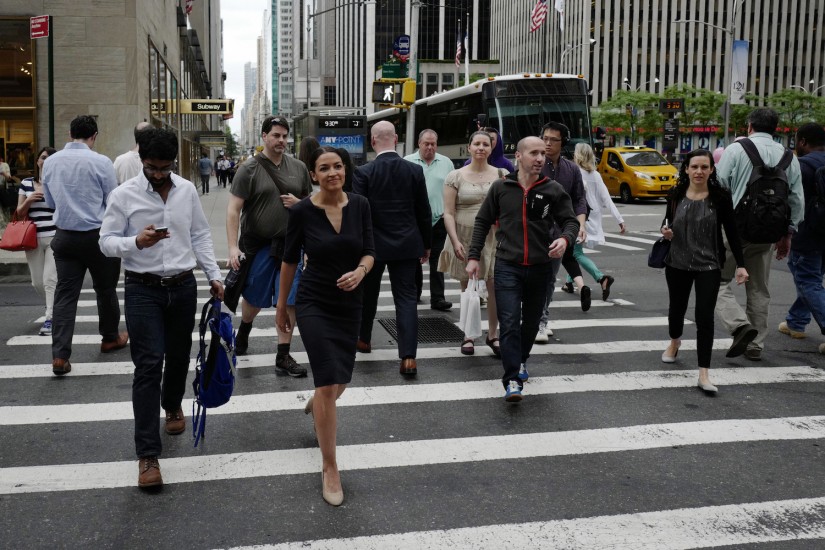 Compare AOC’s first argument — that the simultaneous existence of billionaires and poverty is immoral, and thus justifies steeply progressive taxation — with Thomas Jefferson’s reflections in 1785. During a visit to the French countryside, Jefferson found himself scandalized by “the condition of the labouring poor.” In a letter to James Madison, Jefferson wrote that the extremity of European inequality was not only morally suspect, but economically inefficient. Aristocrats had grown so wealthy, they were happy to leave their lands uncultivated, even as masses of idle workers were eager to improve it. Thus, these proto-billionaires undermined both the peasants’ ability to transcend mere subsistence, and their society’s capacity to develop economically:

[T]he solitude of my walk led me into a train of reflections on that unequal division of property which occasions the numberless instances of wretchedness which I had observed in this country and is to be observed all over Europe. The property of this country is absolutely concentered in a very few hands…I asked myself what could be the reason that so many should be permitted to beg who are willing to work, in a country where there is a very considerable proportion of uncultivated lands? These lands are kept idle mostly for the aske of game. It should seem then that it must be because of the enormous wealth of the proprietors which places them above attention to the increase of their revenues by permitting these lands to be laboured.

Here is how Jefferson proposes to address the obscene coexistence of concentrated wealth and underemployed workers:

I am conscious that an equal division of property is impracticable. But the consequences of this enormous inequality producing so much misery to the bulk of mankind, legislators cannot invent too many devices for subdividing property, only taking care to let their subdivisions go hand in hand with the natural affections of the human mind. The descent of property of every kind therefore to all the children, or to all the brothers and sisters, or other relations in equal degree is a politic measure, and a practicable one. Another means of silently lessening the inequality of property is to exempt all from taxation below a certain point, and to tax the higher portions of property in geometrical progression as they rise. Whenever there is in any country, uncultivated lands and unemployed poor, it is clear that the laws of property have been so far extended as to violate natural right…It is too soon yet in our country to say that every man who cannot find employment but who can find uncultivated land, shall be at liberty to cultivate it, paying a moderate rent. But it is not too soon to provide by every possible means that as few as possible shall be without a little portion of land. The small landholders are the most precious part of a state. [Emphasis mine.]

If Ocasio-Cortez’s views are un-American, then surely these words from our third president’s are, as well.

To be sure, Jefferson’s views on the propriety of wealth redistribution were hardly consistent. And, of course, the slave owner was never concerned with minimizing the number of landless African-Americans or women in the United States. What’s more, the bulk of America’s founders regarded wealth redistribution as a species of majoritarian tyranny, and designed the Constitution to guard against such despotism.

My point here isn’t to suggest that AOC is channeling the sacred wisdom of our republic’s founding racists. Rather, it’s that she’s channeling one deeply rooted strain of American thought on economic morality.