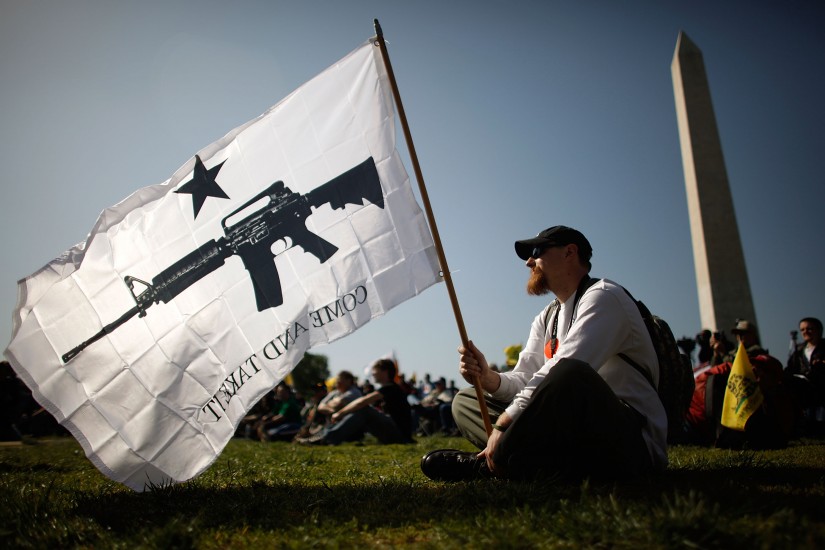 A fraud on the American public.” That’s how former Chief Justice Warren Burger described the idea that the Second Amendment gives an unfettered individual right to a gun. When he spoke these words to PBS in 1990, the rock-ribbed conservative appointed by Richard Nixon was expressing the longtime consensus of historians and judges across the political spectrum. Twenty-five years later, Burger’s view seems as quaint as a powdered wig. Not only is an individual right to a firearm widely accepted, but increasingly states are also passing laws to legalize carrying weapons on streets, in parks, in bars—even in churches.

Many are startled to learn that the U.S. Supreme Court didn’t rule that the Second Amendment guarantees an individual’s right to own a gun until 2008, when District of Columbia v. Heller struck down the capital’s law effectively banning handguns in the home. In fact, every other time the court had ruled previously, it had ruled otherwise. Why such a head-snapping turnaround? Don’t look for answers in dusty law books or the arcane reaches of theory.

So how does legal change happen in America? We’ve seen some remarkably successful drives in recent years—think of the push for marriage equality, or to undo campaign finance laws. Law students might be taught that the court is moved by powerhouse legal arguments or subtle shifts in doctrine. The National Rifle Association’s long crusade to bring its interpretation of the Constitution into the mainstream teaches a different lesson: Constitutional change is the product of public argument and political maneuvering. The pro-gun movement may have started with scholarship, but then it targeted public opinion and shifted the organs of government. By the time the issue reached the Supreme Court, the desired new doctrine fell like a ripe apple from a tree.

The Second Amendment consists of just one sentence: “A well regulated militia, being necessary for the security of a free state, the right of the people to keep and bear arms, shall not be infringed.” Today, scholars debate its bizarre comma placement, trying to make sense of the various clauses, and politicians routinely declare themselves to be its “strong supporters.” But in the grand sweep of American history, this sentence has never been among the most prominent constitutional provisions. In fact, for two centuries it was largely ignored.

The amendment grew out of the political tumult surrounding the drafting of the Constitution, which was done in secret by a group of mostly young men, many of whom had served together in the Continental Army. Having seen the chaos and mob violence that followed the Revolution, these “Federalists” feared the consequences of a weak central authority. They produced a charter that shifted power—at the time in the hands of the states—to a new national government.