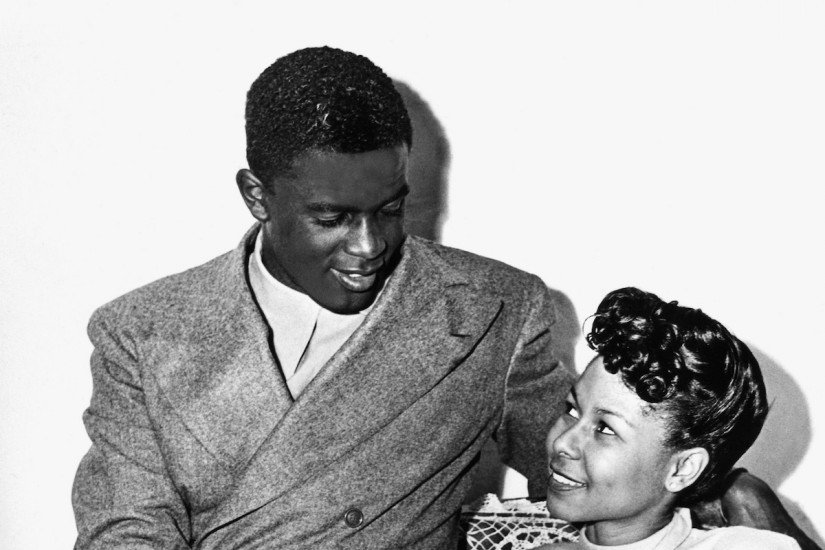 Jackie Robinson, signed by the Brooklyn Dodgers and assigned to the Montreal Club, holds hands with his bride, the former Rachel Isum in Los Angeles, Feb. 26, 1946.
AP Photo/Ed Widdis

Jackie Robinson will be remembered for his courage, athleticism, tenacity and sacrifice on Jan. 31, the centennial of his birth. By confronting Jim Crow – both as a baseball player and as a civil rights activist – he changed America.

“Back in the days when integration wasn’t fashionable,” Martin Luther King Jr. said of Robinson, “he underwent … the loneliness which comes with being a pilgrim walking through the lonesome byways toward the high road of freedom. He was a sit-inner before sit-ins, a freedom rider before freedom rides.”

I’ve written three books about Robinson, in addition to dozens of columns and articles. I used to wonder how Robinson persevered in the face of so much hate and ugliness. He was certainly as tough a competitor as any athlete who ever lived, and he had an unwavering religious faith.

But I eventually realized that he couldn’t have achieved what he did without his wife, Rachel, whose spirit was as formidable as his own.

Sure, he had his mother, Mallie; his minister, Karl Downs; Brooklyn Dodgers’ president, Branch Rickey, who signed him; and sportswriter Wendell Smith, who served as his ghostwriter and confidante.
Rachel, however, was the only constant.

“She was not simply the dutiful wife,” Pulitzer Prize-winning journalist Roger Wilkins said about Rachel. “She had to live through the death threats, endure the vile screams of the fans and watch her husband get knocked down by pitch after pitch. … She was beautiful and wise and replenished his strength and courage.”