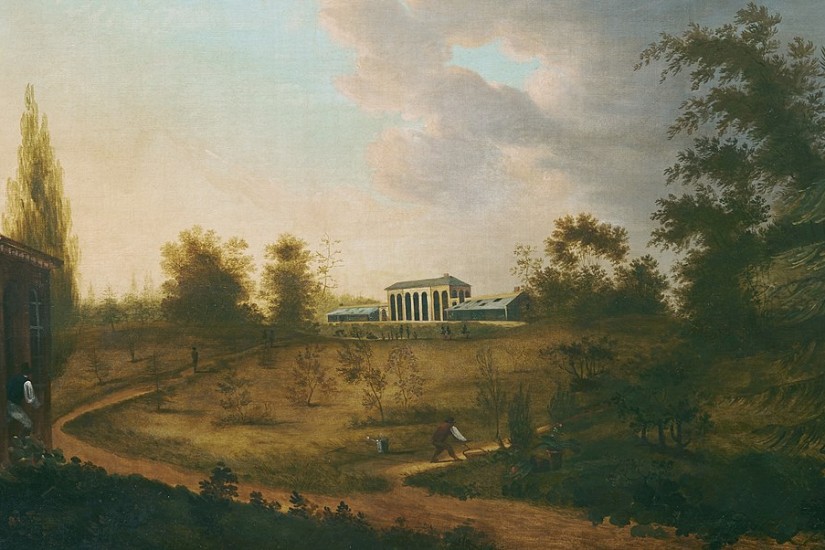 Like Philadelphia in 1793 and 1794, New York in the summertime was prone to the deadly epidemic, of which very little was understood by contemporary physicians. As bodies piled up, doctors scrambled to ascertain best practices. Benjamin Rush, who had tended to victims in Philadelphia, encouraged venesection and doses of mercury. Hosack, on the other hand, having tried Rush’s remedies, preferred the gentler treatments that he had earlier used on Philip Hamilton and on Nathaniel Pendleton’s one-week-old infant. He washed sufferers with vinegar, wrapped them tightly, and had them drink tamarind water (from the tamarind tree) and diluted Virginia snakeroot to induce sweating. Hosack’s biographers agree that it wasn’t so much what Hosack did that saved his patients, as what he did not do — further weaken them with purging or bleeding. As Hosack himself wrote,


I have generally pursued the sudorific treatment during every visitation of yellow fever since 1794. With due respect for the opinions and views of other practitioners, I am no less convinced of the injurious consequences to be apprehended from the indiscriminate use of the lancet and mercury in this epidemic form of fever.

Hosack’s pregnant wife survived the scourge only to die in childbirth in early 1796 (prompting him to found the city’s Lying-In Hospital for expectant mothers). In yet another busy year, Hosack was nominated to teach materia medica (early pharmacology), as well as botany, at Columbia. He was also invited to join the practice of the renowned Dr Samuel Bard, who, it seems, also preferred less invasive medicine; when Hosack and Bard both contracted yellow fever in 1798, they healed themselves with infusions of boneset (Eupatorium perfoliatum), followed by teas made from catmint, sage, and snakeroot.

Whether it was the deaths of his own children — a third child died of scarlet fever in 1801 — or his success at saving the lives of others, or the encouragement of Bard, at the turn of the new century, Hosack refused to waste more time without a garden that could produce the botanicals he believed the nation needed. He sought help from Columbia, to no avail, and then lobbied state officials, saying, “We spend large sums upon appropriations for teaching chemistry and medical philosophy — shall we be insensitive to the means of preserving health and curing diseases?” Finally, in 1801, he took matters into his own hands.