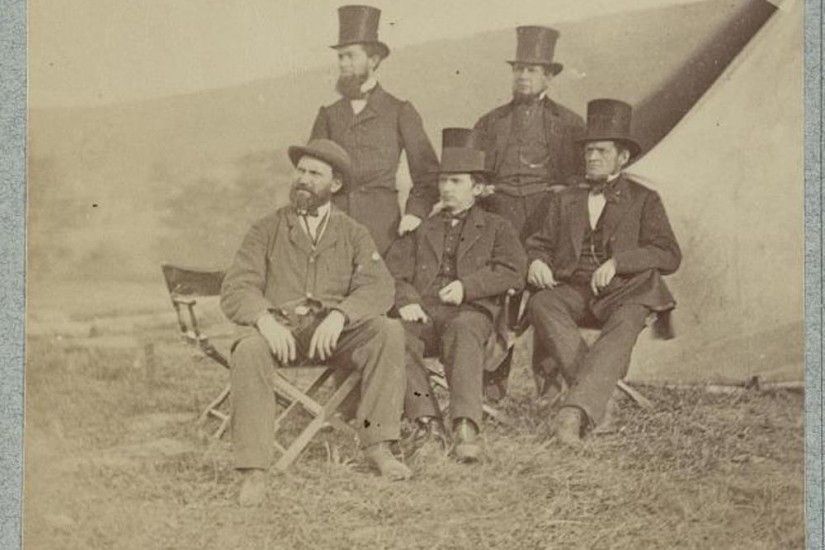 The first time Arthur Morgan, the outlaw protagonist of the popular video game Red Dead Redemption 2, meets Pinkerton agents Milton and Ross is in one of the game’s cut scenes. The two agents, employees of a fictionalized version of the historical Pinkerton National Detective Agency, break into the pastoral calm of Morgan’s fishing expedition with the young child of a fellow gang member. Agent Milton is pockmarked and sinister, and the actor (John Hickok) delivers his lines in a hammed-up, insinuating tone; he might as well be twirling his mustache. Red Dead 2 has multiple antagonists—the leader of Morgan’s gang, Dutch van der Linde, is slowly morphing from a utopian thinker and rescuer of orphans into a cruel and greedy killer—but the Pinkertons, and Agent Milton in particular, are the game’s stock villains.

The present-day Pinkertons noticed the depiction, and took offense. In December, the 167-year-old company, now owned by the Swedish security firm Securitas AB and called Pinkerton Consulting and Investigations Inc., sent a cease-and-desist letter to Take-Two Interactive Software Inc., owner of Rockstar Games, the creator of Red Dead 2, requesting some form of royalties for the use of its trademark. Take-Two filed suit in response on Jan. 11, asking that the Pinkerton trademark should be declared fair use. In its request for declaratory judgment, Take-Two argued: “Defendants cannot use trademark law to own the past.” (Reached for comment, Take-Two declined to speak further on the matter, citing pending litigation.)

The court will ultimately have the last word, but the conflict does seem, at first blush, to be somewhat ridiculous: How many times have we seen Pinkertons in popular entertainment, from Deadwood to Boardwalk Empire to BioShock Infinite? And that’s only the fictional Pinkertons that have surfaced in recent years. The agency has a long “Appearances in popular media” Wikipedia section, and at least one historian, S. Paul O’Hara, has written an entire book on the agency’s evolving significance in public culture. Aren’t “The Pinkertons” ours now, part of our popular culture, to do with as we please?